The Google Chromecast and Home Mini bundle that is sold exclusively in Walmart is getting an upgrade apparently with a 3rd-gen Chromecast
Published 02 October 2018, 11:02 EDT

We are definitely getting an upgrade in the Chromecast. Last weekend, Best Buy sold a third-gen Google Chromecast and now we see an image of a special kit that will not only include this device, but also a Google Home Mini.

Leaked images of a Smart TV kit from Google has arrived on Reddit. This kit includes last year’s Google Home Mini in charcoal and a third generation Google Chromecast. This combo is supposed to be sold at Walmart exclusively, or at least that’s what the rumors say. The price for this Smart TV kit would be $74, which is the same price for the current Home Mini and Chromecast bundle at Walmart. 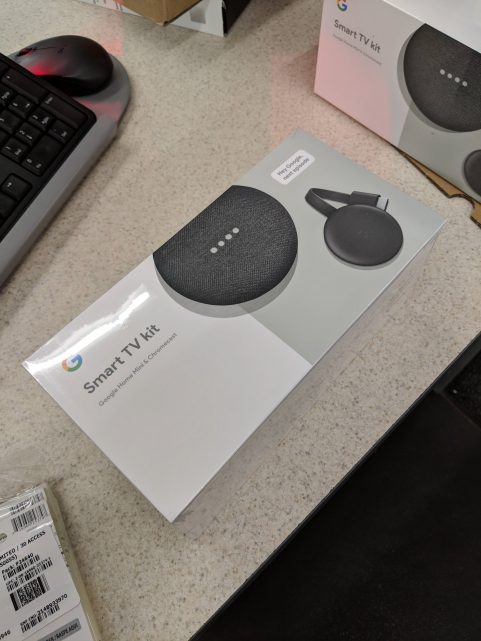 The smartphone is yet to be launched but it is already listed on Vivo China’s official website.