Does Google Assistant stand a chance against Siri, Cortana, and the rest?

Does Google Assistant stand a chance against Siri, Cortana, and the rest? The title says it all folks and honestly I find it to be a rather absurd question.

The title says it all folks and honestly I find it to be a rather absurd question. That’s right, I called my own headline absurd! Of course the new Google Assistant announced at this year’s Google I/O can go head to head with the rest of the competition and in my opinion can best all of them. It would be easy to dismiss this as a simple upgrade to their ever popular Google Now that has been the lynchpin of the Android experience for some three years now but to do so would be dismissive to today’s announcement. Not only would it be downplaying their announcement but it would be disregarding the direction personal computing is moving toward.

Let’s start with a quick description of what Google Assistant is. Basically Google Assistant is the next evolution of Google Now or at least that’s how I preferred to wrap my head around it. Instead of it being nominally a one way conversation like it is now in that you’re simply giving an order to “Google” to take care of some random task, Assistant will now interact with you while still possessing all of the future guessing magic that Google has been mastering for awhile now. It appears that they intend for this Assistant to be with you in every aspect of your digital life with Google as well as it will be what’s behind the new Google Home speaker, inside of Android Wear, and of course your phone. I’m sure this is all just the tip of the iceberg though as our lives become more and more digitally influenced as time goes on. 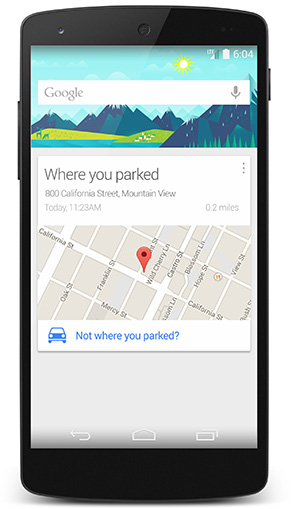 This new Google Assistant may seem like it’s “late to the party”, so to speak, but that couldn’t be further from the truth. Sure Siri has had a fun personality for a couple years and Cortana’s alluring voice has had many a man envisioning an attractive digital secretary at their fingertips for some time now as well but does that necessarily mean that they’ve had a head start? Not at all because Google Now has been our mostly silent companion for just as long as both of the aforementioned services and is arguably far more useful than either of them. It performs all of the same tasks as the others and arguably returns more accurate information. Even then it has the predictive qualities like figuring out where you work/live, giving you commute times before you ask for them, tells you when your packages are expected to be delivered, and so much more. Sure you don’t have some witty vocal representation popping into your life to give you a lot of this info but you’re getting this info all the same which is something the other services aren’t doing for you. And don’t even get me started on the strong search foundation that Google taps into because frankly it is unrivaled by any competitor.

The best friend you never knew you wanted

We’ve all envisioned a future where we have a digital cohort of sorts. From KITT in the old school Knight Rider to a rather creepy Joaquin Phoenix in the movie Her, it’s something we’ve dreamed of for a very long time. We inherently want the tech objects in our lives to give back more than a simple collection of pixels. Apple and Amazon fired off two very big salvos with Siri and Alexa so it’s high time Google took this logical next step. Google, however, doesn’t just intend to take this step but to take the next as well. This new service is every bit intended to follow from your phone, to your home, into your chats, and everything in between which will be a first. Not only will it be taking this step but it will be providing all the goodness of Google Now, Google Photos, Gmail, and of course the power of their search.

One thing all people want from a friend though is a name to associate with said friend. If you want us to carry on a conversation with it, trust it scanning through our most intimate info, and having access to our homes then for the love of God don’t make me keep calling “it” Assistant. Call it Fred, Sam, Lisa, Rae Rae, or Bologna Stench for all I care but name this thing! I can even do you one better Google, let us name our own Assistant. You can keep that idea free of charge so long as it has an identity Google. Honestly, that’s the only thing I can see holding this service back from being Google’s next Gmail.

So all in all, I think Assistant was obviously Google’s biggest announcement at today’s I/O. I can almost guarantee that it’s the one thing they unveiled that will still be around for years to come as we all know that Google has a well documented history of forgetting, quitting, and burying their services. This, however, is not something they can afford to leave behind less they turn their back on the future and that is not what Google is all about.