Gold iPhone 7 Plus leaked out with no Smart Connector pins

About 10 megameters (yes, we’re using the term “megameter,” deal with it) away from Rio de Janeiro in the Czech Republic, you’ll be finding some gold-looking metals that will end up much lighter than the actual gold medals handed out at the 31st summer Olympic Games. No, these are not the Olympic Games, but rather the O-Leak-Pics Games!

What? This stuff gets a little monotonous, okay?

The metals are on the casing of what will supposedly be this year’s gold-colored versions of the iPhone 7 (or 6SE) and iPhone 7 Plus. Letem světem Applem has the pictures by way of Chinese accessories manufacturer Topp Ten.

We only get to check out the fronts and backs of these things, so we can’t stack another sentence about the non-existence of the headphone jack here. What we can talk about is the non-existence of the Smart Connector pins that were found on a blue-tinted iPhone 7 Plus as received by YouTube channel Unbox Therapy through audio hardware maker BeSound. 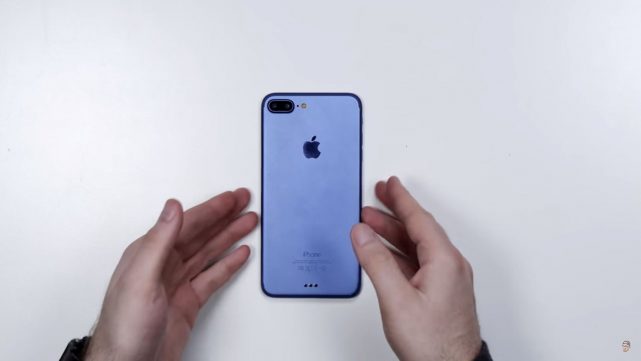 Recent rumors have quelled earlier ones about 2016 being a three-model year for Apple in which a “Pro” model would be introduced alongside the standard 4.7-inch iPhone and a 5.5-inch “Plus” size. At this point, we aren’t exactly sure if either the Plus model or the Pro model will be left out of the launch, but that’s where current conjecture is right now.

When we’ll be able to finalize this information is still kinda sorta up for debate, but it’ll likely be within the first full week of September.

iPhone 13 Pro Max is now official! Read this post to get answers to the most frequently asked questions and understand what’s new this year.