Instead of getting the latest and greatest, you should consider getting the Apple Watch Series 3 and save at least $100 doing so.
Published 12 October 2018, 10:00 EDT

Let’s be completely honest and admit one thing. There have been studies backing this up. We make decisions based on emotions. Regardless if it’s a purchase decision or any other life decision. It doesn’t matter. We make decisions based on emotion. After we make the emotional decision, we use logic to justify that decision. So, whether you decide to get a new apartment, car, phone, or smartwatch, it’s emotional, an you’re going to back it up logically once you’re done. That’s pretty much the case with the Apple Watch Series 4 (just as it’s the case with any other decision in your life).

$399 is the lowest amount you’re going to pay for the Apple Watch Series 4. There’s no cheaper version. Yes, there are plenty of more expensive variants out there, but you can’t get a better price. You have to ask yourselves: why do I want the latest and greatest? Of course, EKG is a compelling reason, but remember that it’s only available in some regions. Even in those parts of the world, it’s not enabled yet, and chances are you’re buying into a promise or illusion. 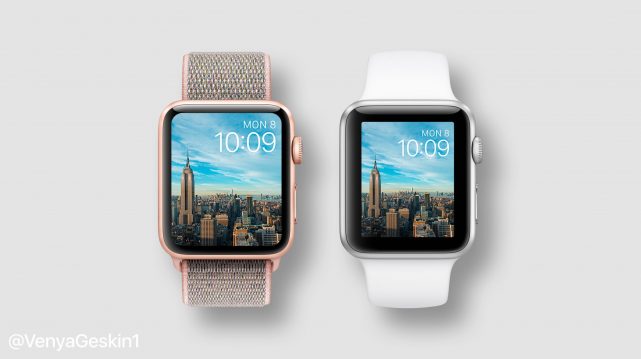 If you just have to have a smartwatch, and a recent one at that, why don’t you consider getting an Apple Watch Series 3? It’s just as good and future proof as the most recent version out there. It’s also about $100 cheaper. Of course, it doesn’t have an EKG option (that’s not yet available) or a fall recognition (that’s disabled by default), but is a third of a price justifiable so you spend it on the current generation? Most of the times, previous generations, except for the novelty factor, are just as good options as the latest and greatest. Consider this! Be smart!

You can get a brand new Apple Watch for much less. Go for the Apple Watch Series 3 and save $100. How? Where? Glad you asked!

Our friends over at Swappa always have an alternative. You can definitely pay $400 for a brand new Apple Watch Series 4, or, you can pay anywhere north of $150 and save a lot of cash. 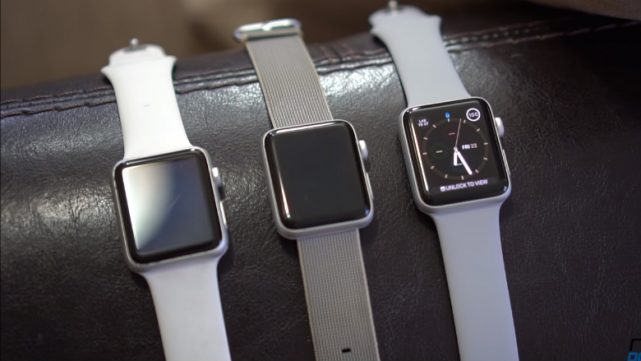 Many people believe that the new version is so much better that the predecessor. Sure, we’re not here to tell you there’s no reason to upgrade. We\re here to tell you that in case you don’t need the new features that the upgrade brings, you’re just as fine with the older version. And, if that implies saving 30%-50% of the money you spend, that’s a smart purchase.

Head over to Swappa. Click here or the source link below. You’ll land on the Apple Watch page, where you can choose between several versions of Apple’s smartwatch. Remember, these are used, but mint condition pieces of tech. You won’t go through the unboxing process just as you would if you purchased from Apple. However, these gadgets are vouched for, and if ripping through plastic and saving $100 appeals to you, while, at the same time, getting a “good as new” or “mint condition” piece of tech is what you want, this is what you should do.

Give it a try. Even if you end up going for the latest and greatest. We know sometimes you have to have the newest, coolest gadget. But, for all the other scenarios in which you know you’ll be just as fine with the predecessor, and saving a money while at it, go ahead and consider the possibility.

Google has sacrificed wireless charging and swipe gestures for volume control to offer the Pixel Buds A-Series at a $99 tag.

Today’s best deals come from Amazon and B&H, where you will find several Apple accessories for your iPhone 12, AirPods, and more on sale