Samsung couldn’t wait for IFA: get all the details on the Gear S2 smartwatch now, including its classic edition and the voice-supporting 3G version.

For the past few weeks now, Samsung’s been crystal-clear: the Gear S2 smartwatch is coming, and it’s coming to IFA. As we gear up for our trek to Berlin, where we fully intend to check out this wearable for ourselves, it seems that Samsung couldn’t even bring itself to wait for the start of the expo itself, and today the manufacturer officially announces both the Gear S2 and the rumored Gear S2 classic.

Having already seen the Gear S2 confirmed by Samsung, let’s focus on what new information we’re picking up today, starting with that rotating-bezel control. While initially believed to be a major feature of the Gear S2, recent Samsung publications failed to draw attention to the ring, leaving us wondering whether or not it would ultimately be present. Today Samsung sets us straight, confirming that we’ll interact with the Gear S2 through that rotating bezel ring and a pair of hardware buttons.

What about those multiple models? The Gear S2 and Gear S2 classic are functionally identical, with 1.2-inch OLED displays, dual-core 1GHz SoCs, 512MB RAM, 4GB storage, and 250mAh batteries. They’ll support wireless charging, NFC, and connect over Bluetooth and WiFi. Their differences are aesthetic: that’s the Gear S2 you see above and to the left, with the Gear S2 classic to its right.

Samsung is also releasing a 3G-connected version of the Gear S2, armed with an e-SIM and offering voice call support. This model upgrades the watch’s battery to a 300mAh component and comes in a smidge chunkier than the WiFi Gear S2, but is otherwise the same smartwatch.

Details on pricing and availability have yet to arrive. 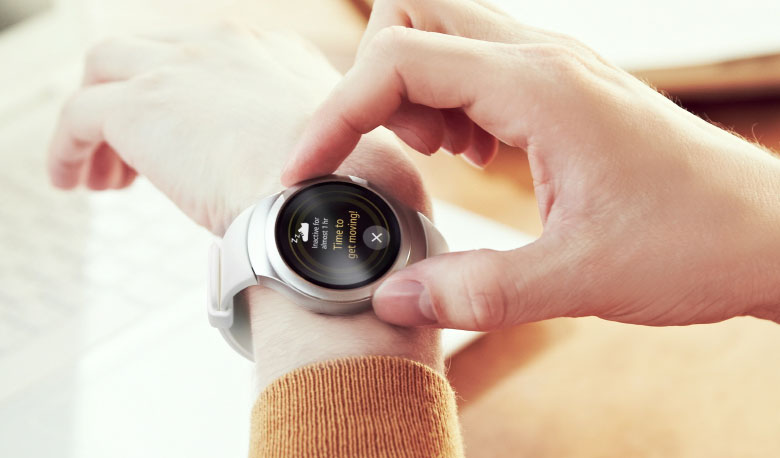 Update: Still no word on pricing, but T-Mobile indicates that it will carry the Gear S2 (presumably the 3G edition) sometime this fall.

Update 2: All four big US carriers plan to sell the Gear S2.