Don’t get us wrong, we quite like the Gear S, but it’s not quite the groundbreaking first 3G-enabled smartwatch Samsung seems to think it is.
Published 02 December 2014, 16:40 EST

Samsung’s Gear S is a very interesting smartwatch – there’s little denying that much. From its curved screen to its integrated 3G radio, it clearly stands apart from the vast majority of its smartwatch competition. In a new blog post published today, Samsung attempts to remind us just how unique the Gear S is, talking about the decisions that led to its design. And while all that’s very interesting, it also reveals a bit of tunnel vision wherein Samsung can’t seem to see past its own product lines.

Let’s touch on those design choices first, because there really is some neat stuff here. The company mentions issues that might not have otherwise crossed our mind, like how to best do a UI on a convexly curved display where you’re fighting off reflections and dealing with varying view angles, in an effort to keep things legible. It also describes how it came to the decision of going with a two-inch screen, calling it the minimal size at which on-screen text entry is comfortable.

But then we come across statements like “this was the first time a wearable device offered [Wi-Fi, Bluetooth, and 3G] connectivity,” and Samsung calling the Gear S “the first-of-its-kind [sic]” and “the first standalone smart wearable device.” To the company’s credit, the Gear S is probably the best-looking, most refined example of such hardware, but it’s very much not the first.

We’ve seen devices like the Neptune Pine (below) hit this stand-alone, wrist-based, smart device mark long before the Gear S surfaced, to say nothing of other similar cellular-connected wearables (like the Omate Truesmart). As a group, are they a bit bulky and hard to sell outside a group of dedicated enthusiasts? Arguably, but first is first, and Samsung ain’t. And that’s OK, because the Gear S has enough going for it on its own. Just don’t try to be something you’re not. 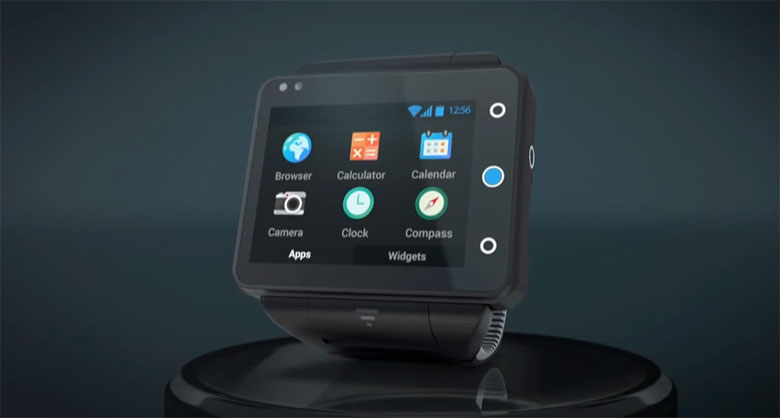 You can currently get the latest Apple AirPods Pro from Verizon, with the most significant savings we have seen to date