So much for taking it slow in the immature 360-degree content production world, with ZTE recently unveiling one of the cheapest such immersive cameras, Samsung somehow finding a way to charge less for its greatly improved second-gen Gear 360 than the original model, but the state-of-the-art Garmin VIRB 360 priced at a whopping $799.99 all of a sudden.

You’ll have to be sure this is the future of photography and video recording to spend that insane amount of money, though you obviously get plenty of bang for your buck. Namely, super-high-quality vid capture at up to 5.7K and 30fps, compared to the new Gear 360’s 4K/24fps limit, as well as four built-in microphones for 360 audio and 15MP resolution for “spherical” stills.

But it’s not all a numbers game, and the Garmin VIRB 360 also shines when it comes to its outdoors-friendly design, with water resistance up to 10 meters deep and a surprisingly compact body that looks like it can take an occasional beating. 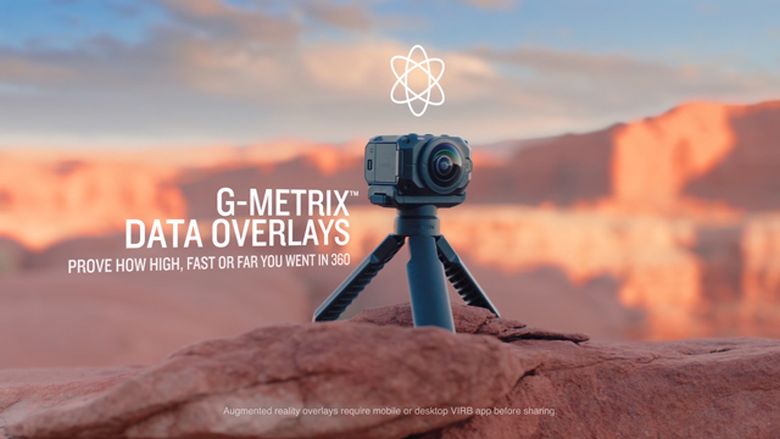 That’s not exactly how we envision AR tech to evolve a couple of years down the line, but it’s still pretty cool how you can add info like altitude or speed to your “action” content on the fly. Last but not least, the ultra-high-end, high-priced Garmin VIRB 360 camera is fully compatible with both Apple and Android devices, supporting Bluetooth, NFC, Wi-Fi and therefore also YouTube or Facebook Live instant streaming.