Can We Trust These Galaxy Tab 3 Images?

Hear why we’re not sure you should trust the Galaxy Tab 3 pictures to recently surface.
Published 28 January 2013, 16:21 EST

Over the weekend, we heard about some possible new Samsung tablets on the horizon, including the Galaxy Tab 3 8.0, Galaxy Tab 3 10.1, and Galaxy Tab 3 Plus, along with model numbers for both WiFi-only and LTE variants of each. Now some imagery has emerged of just what may be the retail packaging for one of these tablets, but is it all it appears to be?

The big question is whether or not this is a fake. The problem is, there are more than a few reasons to question its authenticity. The main one a lot of people seem to be noticing is the depiction of stock Android, rather than anything dressed in Samsung’s UI. That’s not our only problem with these pictures; what’s that ungainly protrusion on the tablet’s lower-left corner, far too large to be any volume rocker (not to mention misplaced)? Then there’s the quality of the box itself, and though it could be a factor of the angle we’re seeing, that does not look like the glossy Samsung boxes with which we’re familiar.

Inside the box, things are still problematic; we’re used to seeing a Galaxy Tab fully fill the packaging it comes in. In fact, we’re not sure we can think of any Galaxy Tab model that came with a box that was too big for it, like this. Add that to an image of the tablet that lacks any obvious Samsung branding, and an oddly-placed front-facing camera in a far corner, and we’re left without much faith in this find. Maybe we’re way off-base here, and this is just some early stab at designing the packaging, but it feels very wrong, all over. 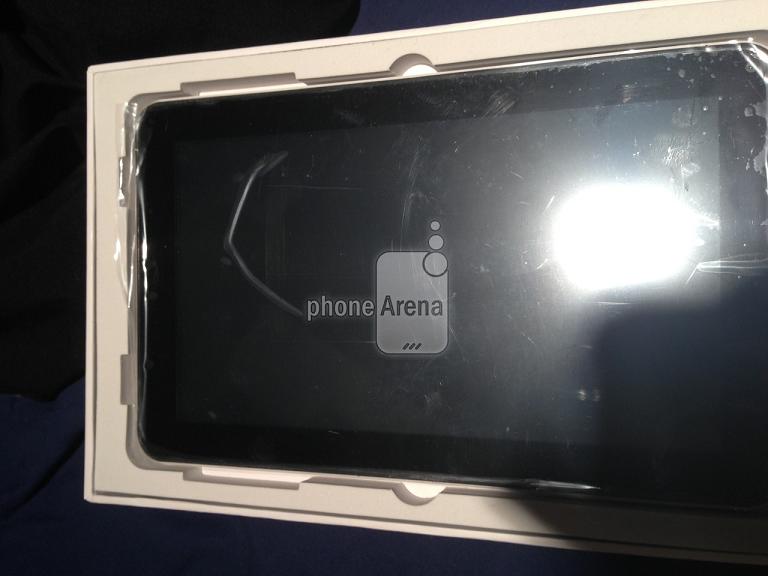 It seems that Samsung is preparing more devices to launch in Q3 of 2021, as the Samsung Galaxy Buds X have been certified by the FCC