Those who buy the phone before May 27 will also get two weekend passes to the Austrian Grand Prix. That and other goodies go with this exclusive phone.
Published 17 April 2018, 21:53 EDT

Samsung loves its limited edition phones — it had one for the 2018 Olympics and Paralympics, one for Batman and on and on we could go. Sure, it’s not just Samsung that does these kinds of deals, but this story is about Samsung.

Vodafone Netherlands has partnered with the chaebol and Red Bull Ring to launch the Galaxy S9 and S9+ Red Bull Ring Edition. The host site of Formula One and MotoGP is featured prominently in wallpapers with different drivers and teams while icons have a special theme applied to them. Even the Always On Display gets a little tinkering. 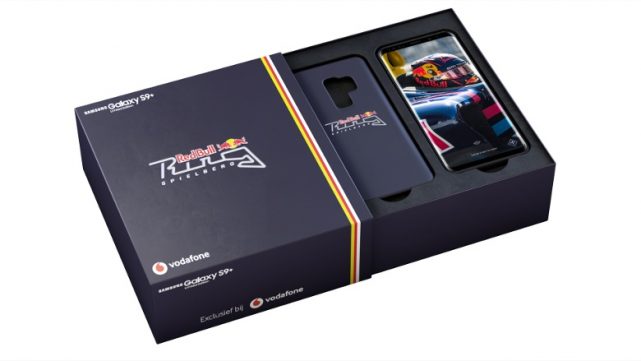 New wallpapers and video clips will be released weekly and exclusively to device owners. All users have to do is attach the NFC-embedded Smart Cover to the phone. Upon purchase of the S9 or S9+, buyers will also get two weekend tickets to the Austrian Grand Prix with complete Friday-to-Sunday access to practice runs and the winners’ circle.

It is being pushed via OTA.