Smartphone users can be a demanding bunch, and every year our expectations for what a phone should deliver get just a little bit higher. We don’t just want to see performance getting better and better, but also want our phones to look and feel as premium as possible. Unfortunately, there’s all too easily a conflict between some of those pursuits: we can get get a phone that’s fast as all get out, but if the processor runs so hot that the handset’s rendered uncomfortable to hold, that manufacturer’s going to be in trouble. Recently OEMs have been turning more and more to heat pipes as solutions for thermal dissipation, including on the just-announced Samsung Galaxy S7. And while pre-orders for the phone only open today, some lucky souls in Russia have gotten early access to the hardware and are tearing it open to reveal what makes it tick – including that heat pipe.

After all, let’s face it: a lot of the really impressive upgrades the GS7 is getting just don’t give us much to look at, making this heat pipe an important exception.

The phone’s body comes apart from the rear, and moving a few components out of the way, we get right to that copper heat pipe, attached to some big thermal pads. Heat’s still got to go somewhere, but helping to spread it out not only takes some stress off the SoC itself, but should help avoid uncomfortable “hot spots” migrating through to the handset’s exterior.

Other engineering elements of note include a rubberized SIM/microSD tray to help keep out moisture (even if the phone doesn’t otherwise rely on port covers). Interestingly, Samsung has very clearly placed water-indicating test strips inside the phone’s body, letting it determine if a handset’s waterproofing has indeed failed at some point. 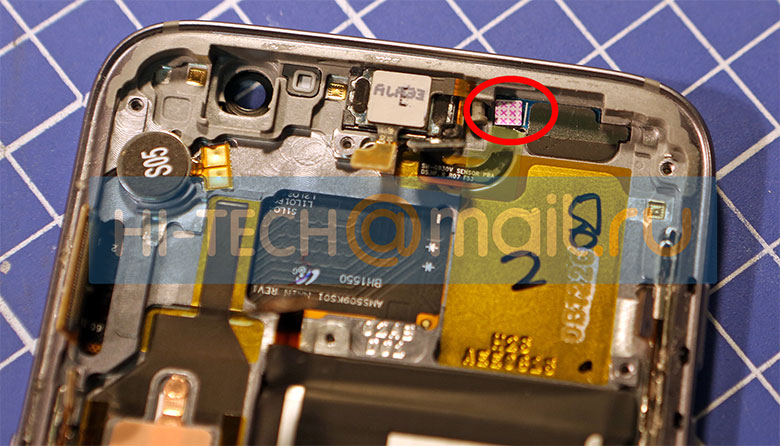