The Galaxy S7 cooling system, explained in a Samsung infographic

Copious amounts of praise has been laid on top of Samsung’s latest pair of charming flagship Androids. Everyone wants the S7 and everyone else wants to be the S7 edge and vice versa. But the thing about delving into what makes up these smartphones is sorta like sitting down to watch sausage get made … while in a drab classroom setting to boot.

The most important part of the Galaxy S7 and S7 edge’s cooling system is the thermal spreader (Heat Pipe) […] Unlike the conventional thermal spread sheet technology, the thermal spreader uses changes in the phases of water to radiate heat. It has a porous structure on the inside where water absorbs heat, turns into steam and moves through pipes. After losing heat, the steam liquefies, and turns back into water in the structure. This continuous cycle dispels heat. Generally, its thermal conductivity is more than 50 times higher than that of copper [heat sinks]. The entire process happens inside the small space that is only 0.2mm wide.

If you’ve ever wondered how heat pipes — like the one on the Lumia 950 and what may be in the next Moto X — worked, there you go. If you want an exploded view of how infinitesimal this heat pipe is, Samsung has you covered with an infographic. 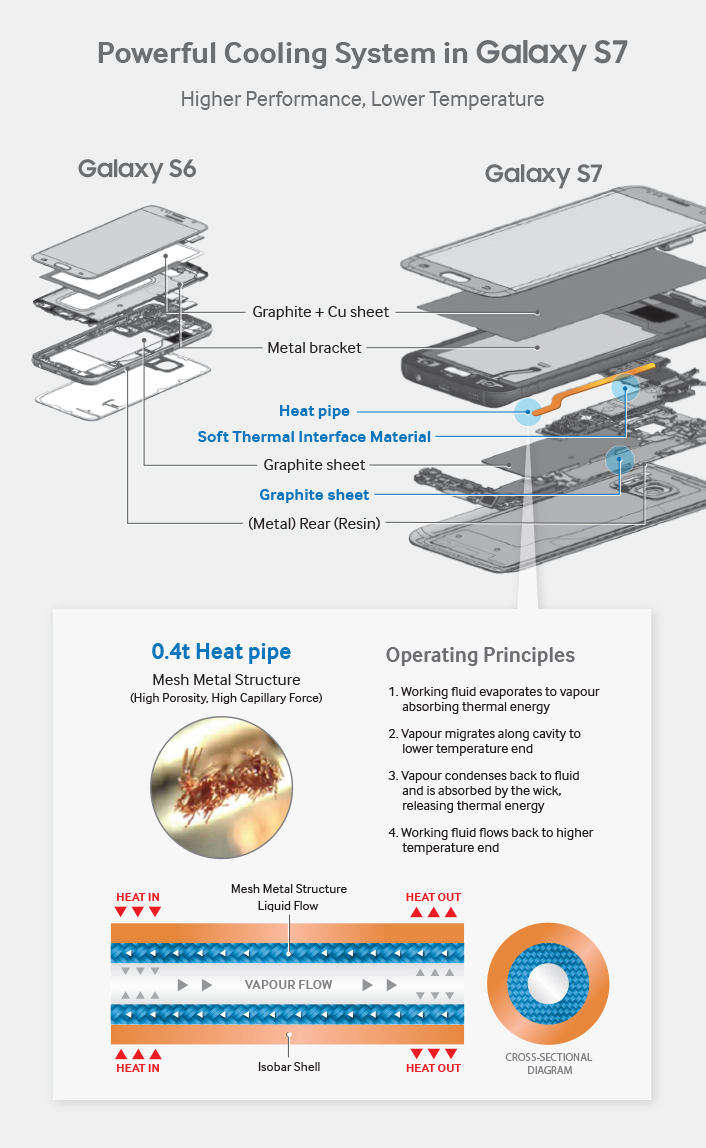 Space is a premium inside a smartphone, though, and I was actually pretty interested in how these engineers could achieve such a large pipe with everything else already in the way. Check the source link for a deeper dive into pipes and trials.