The Galaxy S5 LTE-A, aka the Galaxy S5 Prime, is one of the most controversial smartphones in the flagship space today. But it’s also very … familiar.
Published 30 June 2014, 19:14 EDT

Depending on whether you bought a Galaxy S5 this season or decided to hold out for something better, the “Galaxy S5 Prime” is either one of the most intriguing or one of the most infuriating smartphones of the year. Released just a few months after its flagship predecessor, the SM-G906S packs a faster processor, more RAM, more advanced LTE connectivity, and a 2560 x 1440 display with a pixel density of 576ppi. All this makes it, in the eyes of some, the smartphone the Galaxy S5 should have been.

But despite its upgraded internals, the Galaxy S5 Prime seems reluctant to stray too far from the well-worn path its predecessors blazed before it. Indeed, despite the gold trim and distinctive LTE-A markings of its South Korean operator, our Galaxy S5 Prime review unit is nearly identical to our stock S5 device from AT&T … right down to the love-it-or-hate-it stippled back cover.

We’ll have more on the similarities and differences between the sibling smartphones in our forthcoming comparison and full review, and we’d like to invite you to send your questions along to us as well: use the comment section below to tell us what you’d like to see covered in the coming days, and join us on Thursday for the next episode of the Pocketnow Weekly, where we’ll have the device in-hand, ready to answer your questions live on the air! 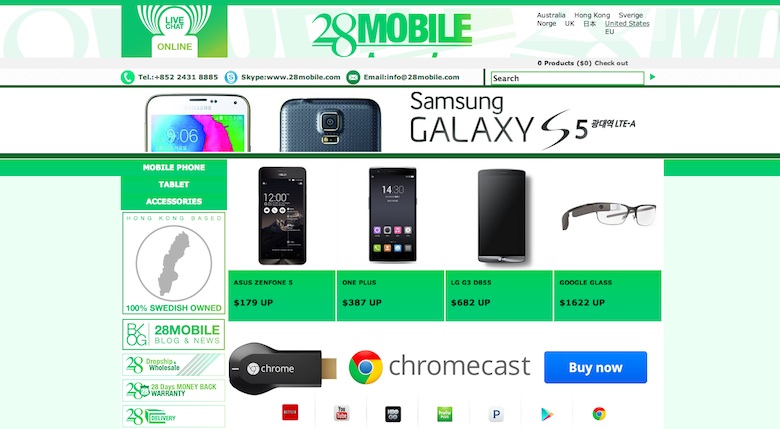 Our review device comes to us from the folks at 28 Mobile, a Hong Kong-based, Swedish-owned retailer serving smartphone and tablet customers all around the world. If you’d like a Galaxy S5 LTE-A of your own, visit them here!