Samsung’s “camera with a phone” is one of the weirdest hybrids in mobile – take another look at the device in our Galaxy S 4 Zoom review rebuttal video!

As efforts like After The Buzz, the Pocketnow U-Review, and Empty Nest demonstrate, we’re constantly searching for fresh ways to review mobile technology. The newest product of those efforts is Pocketnow’s “Review Rebuttal” series, in which a member of our team is assigned to test a smartphone or tablet that’s already gone through our standard review process. While the resulting video or editorial doesn’t affect the “official” Pocketnow review score, we hope it provides added context by showcasing an editor’s personal opinion, rather than a teamwide consensus.

We call it the “rebuttal” because the new opinion often differs significantly from the thrust of the original review. Rather than reject or bury that, we think the dissenting opinion is valuable – and we present it for your evaluation alongside select product reviews.

It’s the phone that made us go “wha?” at Samsung’s London Premiere 2013 event, the one that gave us the first concrete indication that the company wasn’t sticking to a single device with its Galaxy S 4 lineup. Alongside products like the Galaxy S 4 Active and Galaxy S 4 Mini, the Zoom showed us just how serious Samsung was about flooding the market with variations on a theme – and “variation” is the perfect word for this mutant monster of a mobile. 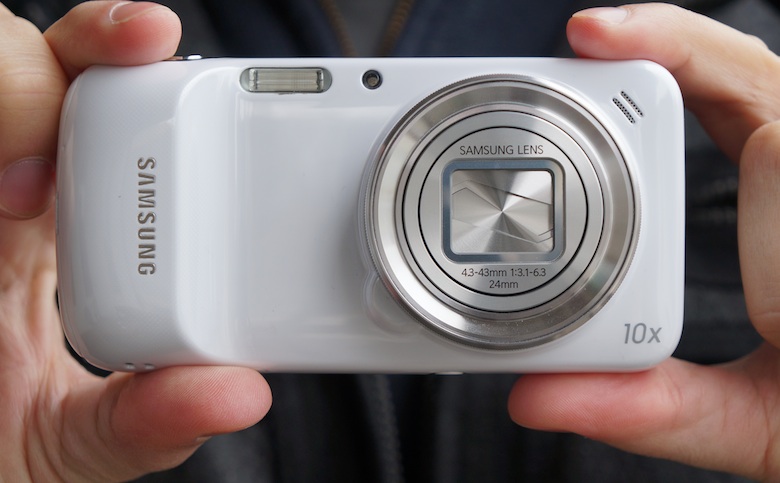 Our own Anton D. Nagy was the lucky team member who got to review this one, but due to the physical distance between our offices (4,291 miles according to Google), I didn’t get to take the demo unit for a spin before it had to be sent back. Therefore, I never got a chance to evaluate the sheer absurdity of putting a camera up to my face to make a call (though I did already have some experience in this area).

Now, thanks to the just-released AT&T variant of the S 4 Zoom, I’ve been given the opportunity to see firsthand what happens when a company decides to meld a Galaxy S 4 Mini with a Galaxy Camera. If that sounds like the kind of bizarre enterprise that boils your noodles, hop on down to the Galaxy S 4 Zoom review rebuttal below – then let us know what kind of review you’d give the device if given the chance!

Like the idea? Hop on over to the preceding installment of the Review Rebuttal, where Jaime Rivera takes another look at the LG G2!