Even if legit, it doesn’t bring anything new to the table. It does, however, confirm a couple of things we were already seeing and hearing about. First, the dual-punch-hole on the top right corner. That’s where Samsung will allegedly place the front-facing camera hardware. in its Infinity O Display. This type of display already debuted on the Galaxy A8s, granted, with a single hole on the opposite corner.

Second, we can see that the earpiece has been moved all the way to the top, on the almost inexistent bezel. Talking about bezels, there’s a minor chin at the bottom, but with the removal of the home button, it seems to be minimal as well. And one last thing that seems to be confirmed by this leak: the curved display, which is something we’ve already seen from Samsung on previous models.

The Galaxy S10 and Galaxy S10+ (with variations we were already suggested to expect) will probably launch in the first quarter. Some reports talk about MWC, others suggest a special dedicated event around February 20. We’re pretty sure Samsung will show off some early prototypes to select clients and media at CES, so we know to expect more leaks and reports soon. 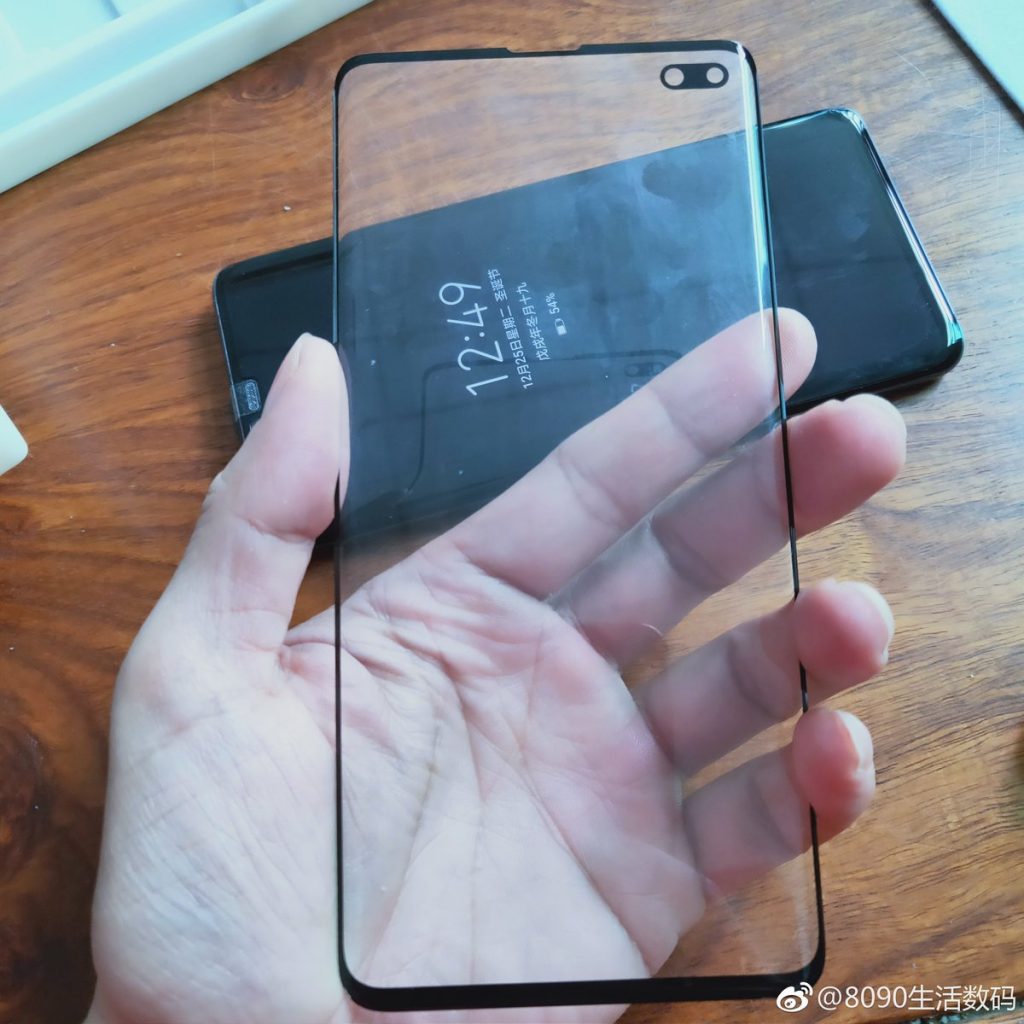 This is the Galaxy S10+ screen cover, its data is accurate, if you like to draw a rendering, you can make it according to it. pic.twitter.com/IwysyZIxh4

It seems that 5G won’t be so great after all in the latest iPhone 12 lineup, as new tests show that it has a massive impact on battery life

Take a look at the latest rumors concerning the upcoming Samsung Galaxy S21 series, which include a new video and screen details