Get an early preview of Samsung’s newest flagship, as some Galaxy S 5 pics before Unpacked 5.
Published 24 February 2014, 08:04 EST

The day is upon us: we are literally hours away from seeing Samsung go official with the Galaxy S 5. While of course we’ll be covering that news as it happens, it looks like after all these months of successfully hiding from the camera, the GS5 has finally been spotted, and we get a little preview of its hardware to help tide us over until this afternoon.

It’s a lot to take in: we’ve got a new external aesthetic, dropping the faux leather for a different textured look; we see Samsung’s Magazine UX make its way to phones; that fingerprint-scanning home button indeed appears to be present; a 16-megapixel camera shows up; and what’s all that going on next to the rear camera’s flash? While unconfirmed, that may well be an optical heart rate monitor; just hold your finger up against it to take a measurement. Certainly, other images here reveal a matching heart rate app.

Other software enhancements include a mode that allows large files to be simultaneously downloaded over both LTE and WiFi, combining their bandwidth for lightning-fast transfers.

Still, this is only one phone, and with rumors that we might get two GS5 versions, Samsung’s still got plenty to reveal at Unpacked 5. Check back with us later today for the full news of its announcements, including the official story on the Galaxy S 5. 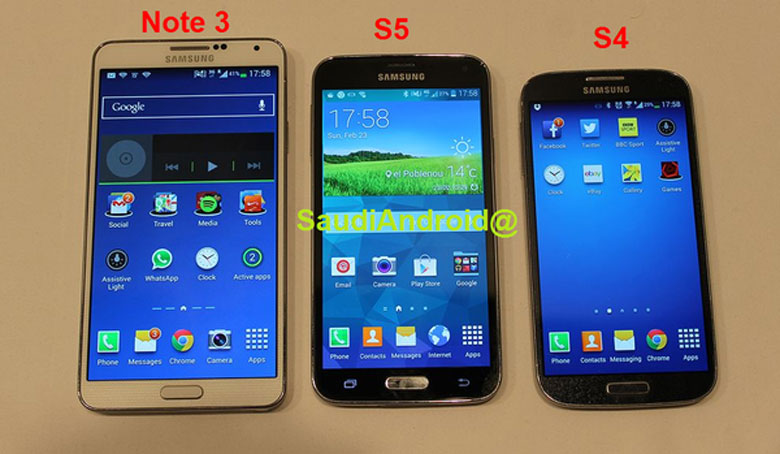 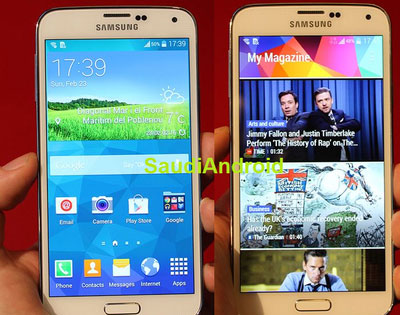 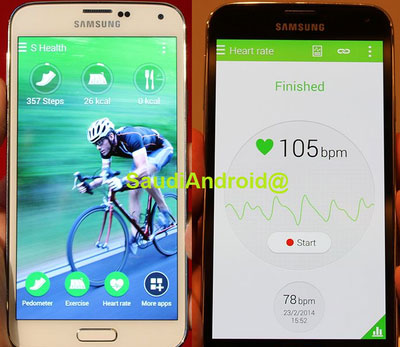 And here it is briefly on video, in the background behind the new Gear 2 smartwatch: