Read what Galaxy S 5 info we might infer from Samsung’s recent launch of the Galaxy J.

We’re just coming up on the halfway point through October, and already the month’s been full of surprises. Just yesterday, we saw the HTC One Max show its face a little earlier than anticipated, and last week delivered us the Samsung Galaxy J, seemingly from out of the blue.

In all fairness, we did have a bit of a heads-up on the Galaxy J, but even then it wasn’t much notice: the phone first crossed our path a week ago Monday, and by last Thursday the handset was already official.

By all accounts, Samsung doesn’t seem too interested in making the J available outside of Japan, but maybe that’s not such a big deal – I think I’m less interested in the Galaxy J itself, so much as I am in what it could tell us about the Galaxy S 5.

As I noted back when first hearing of this model, it really does feel cut from the same cloth as Galaxy S and Note series devices, with the sort of top-of-the-line specs usually reserved for flagships. And perhaps we shouldn’t be too surprised to see something like this compared to a phone that’s six months old like the GS4 is, but the Galaxy J already seems like a more capable handset, getting a Snapdragon 800 and 3GB of RAM. 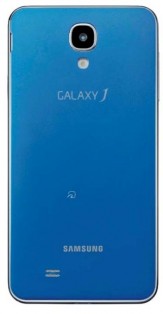 Now, right off the bat, I think we can learn something about the Galaxy S 5 from these specs. Before I get into that, though, I just want to color this discussion with the rumors we’ve heard recently suggesting that Samsung could be hoping to bring the GS5 to market on an accelerated timetable, debuting in winter rather than spring.

If we really are looking for Samsung to finalize its hardware soon and get the Galaxy S 5 ready for production, that might not mean the luxury of waiting for a next-gen SoC to be ready – had we never heard of the Galaxy J, and were still anticipating a January or February announcement for the GS5, I might be convinced that it would arrive with very similar hardware to what the Galaxy J sports. Sure, there would probably be an Exynos option (this IS Samsung, after all), but the 800’s still a great chip, and until it finds a successor, I expect to keep seeing it pop up in high-end Samsung phones.

The Galaxy J changes all that, because quite simply, Samsung dare not repeat itself so directly: it takes the idea of a Snapdragon 800 + 3GB as a base GS5 configuration off the table. OK, so that might have made for an unimpressive GS5 to begin with, and arguably wasn’t even in the running, but I’m confident saying that it’s almost certainly not now, with the Galaxy J out there.

I’m sure that’s good news to many of you, as even an 800 feels like repeating the motions Samsung went through with the GS4, which eventually saw 800-based versions as Samsung went after new LTE-A markets.

On the other hand, maybe even January wouldn’t be too, too early for those 64-bit Exynos chips Samsung’s been talking about, and the Galaxy J could really be more like a last hurrah for the 800 at Samsung. 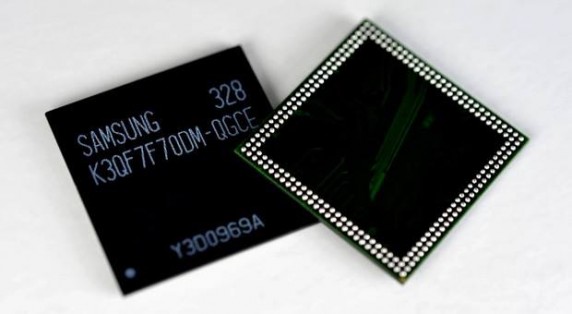 Seeing 3GB of RAM show up with the Galaxy J was important in telling us how that spec will be featured in future Samsung devices. The jury’s still out on the utility of 3GB RAM in phones, and when Samsung introduced such a spec with the Galaxy Note 3, we didn’t know how it would appear in other models. Sure, it’s easy to say “of COURSE Samsung would keep bringing it to other devices,” but it could have easily kept such extra memory exclusive to the Note family; the Galaxy J makes it clear that jumbo-sized screens aren’t going to be a prerequisite for such an excessive serving of RAM.

What about design? The Galaxy J feels like a blast from the past, with its styling more reminiscent of earlier models like the Note II. You might not have been able to tell from the press renders that arrived alongside the phone’s announcement, but it looks like another old “friend” is back, with hands-on video of the Galaxy J revealing a very glossed-out Hyperglaze-looking finish. I know, we all hoped it was dead with the Note 3, but it sure seems to be in full force here.

That’s interesting, because we’ve been talking a lot about a possible new metal look for Samsung’s phones next year. There’s always the chance that we could see the Galaxy S 5 return with Hyperglaze, only to later be augmented in Samsung’s lineup by these Galaxy F devices that have been rumored as a premium family, specifically with a focus on metal bodies. That’s probably not the outcome a lot of you have been hoping for, but I think the Galaxy J shows that Samsung’s not sick of its old shiny plastic look just yet.

Finally, there’s what the Galaxy J says about Samsung itself, and it doesn’t really seem like great news. Even though Samsung is at the top of the mobile industry, we’ve been getting signs lately that make it seem a bit nervous, unsure of its current prospects. That’s at the heart of these GS5-launching-early rumors, and there’s a whiff of it on the Galaxy J, too; why not simply release another Snapdragon 800-based GS4 in Japan, than make a full-on new model? Unless, that is, Samsung is already feeling fierce competition in Japan from the likes of Sony and others, and worries that not even a few-months-old model can still cut it.

In the end, the Galaxy J is a weird little glimpse into Samsung’s psyche during a period where it should still be solidly between two flagships – the Galaxy Note 3 still making its presence felt, as the Galaxy S 5 looms over the horizon. It shows us the sort of hardware the company is interested in at the moment, and gives us a few clues about how that all might evolve next year. But it’s just a small part of the story leading up the GS5, and I can’t wait to spend the next several months watching all those new GS5 rumors flow in and learning what we’re actually going to get.