Galaxy Note9 name confirmed by Samsung for its ‘most powerful phone yet’ [UPDATE: video leaked]

Samsung not only accidentally confirmed the name of the Galaxy Note9, but has also accidentally published its presentation video online.
Published 03 August 2018, 03:50 EDTUpdated 21 September 2018, 09:40 EDT

Update: Samsung just accidentally published (and quickly pulled, SamMobile saved) the below official Galaxy Note9 video. Key features shown off in the video are the new S-Pen, all day battery life, support for 512GB microSD cards, and a possible 512GB version of the device.

Don’t bother hitting the source link! The page has been taken down, but not before being immortalized in screenshots, like the one you see below. Someone in New Zealand got really excited about Samsung’s “most powerful phone yet” and has published a pre-order page. Granted, the pre-order button didn’t really work, according to those who were lucky to visit the page before it went offline.

The story here is the fact that, in case you had any doubts, Samsung has officially confirmed the Galaxy Note9 name for the device it will unveil next week. The company has been teasing the “next Galaxy” and, in the US, has also kicked off a reservation (not pre-order) program.

If you haven’t been following the news, you can catch up on everything we know about the Galaxy Note9. We’ve rounded up all the rumors, leaks, and news for you.

Also, in case you missed this one as well, data from Swappa reveals that the best time to sell your current device is before its successor gets announced. With the Galaxy Note9 around the corner, you should sell your Note8 as soon as you can, otherwise its price will plummet. 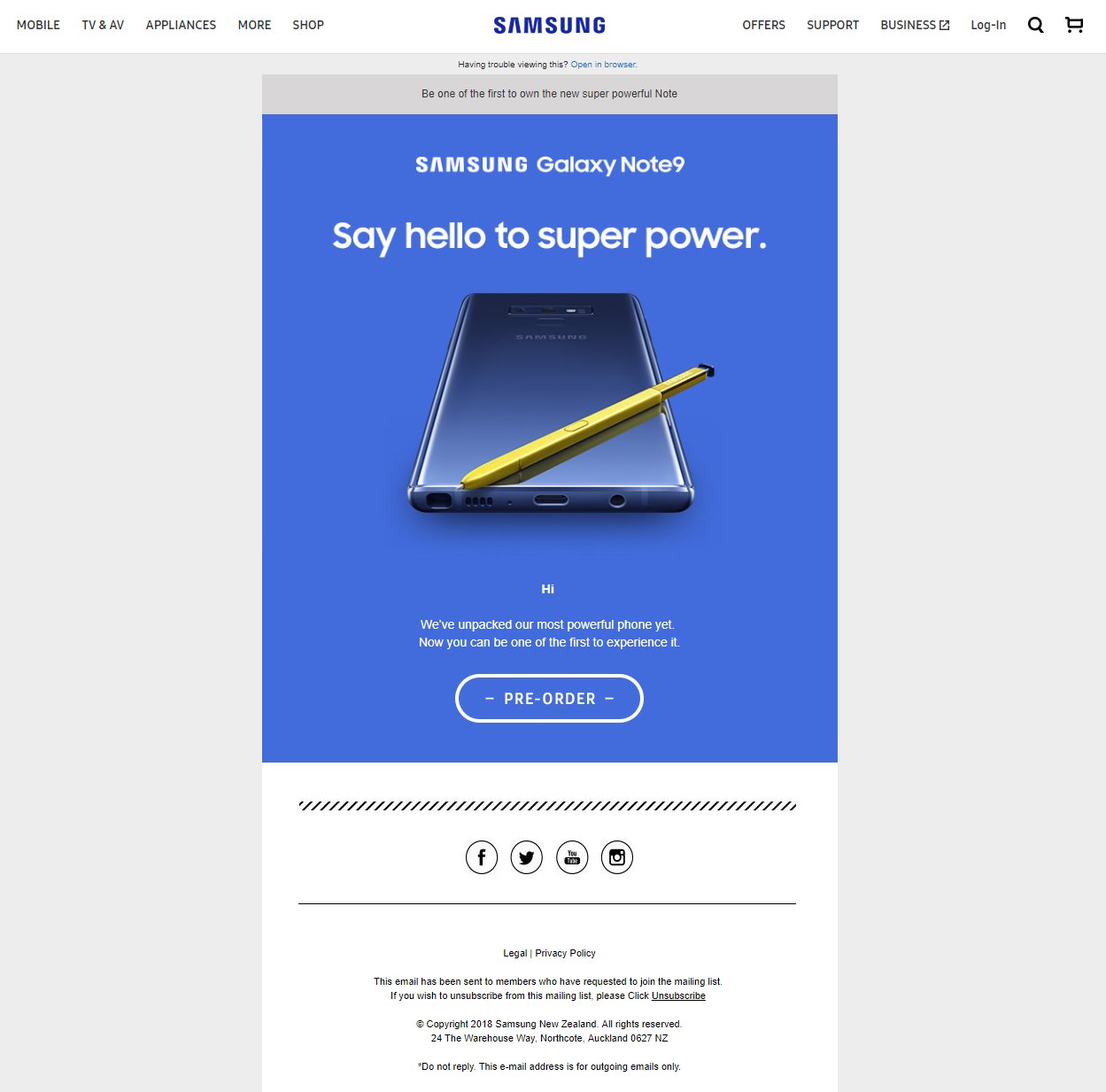 Today’s deals come from Best Buy, Amazon and B&H where we have tons of Apple products on sale, MacBooks, iPads, iPhones and more

On today’s Pocketnow Daily, we talk about everything that we could see at the next Samsung Galaxy Unpacked event, the launch of the OnePlus Nord, and more
YouTube 1.8M
Facebook 570K
Twitter 197K
Instagram 133K
RSS