Ice universe leaked alleged Galaxy Note10 screen protectors on Twitter, dropping an additional hint that the device will have the best display of the second half of the year. Samsung is usually winning several display accuracy and quality awards for its flagship devices, and that might be the case after the August 7 unveiling of the Note10.

As far as the alleged screen (and back) protectors are concerned, the seem to confirm everything we’ve heard (and seen) so far, from the single, centered, punch-hole on the front of the device, to the vertical arrangement of the cameras on the back, with one version (possibly the standard Note10) having less cutouts on the back panel.

Two devices are expected on August 7: the standard Galaxy Note10 with regular 4G/LTE capabilities, and the Galaxy Note10+ with 5G features. They both are expected to feature the Snapdragon 855 SoC in certain markets, including the U.S., and the Exynos 9825 chip in other regions. 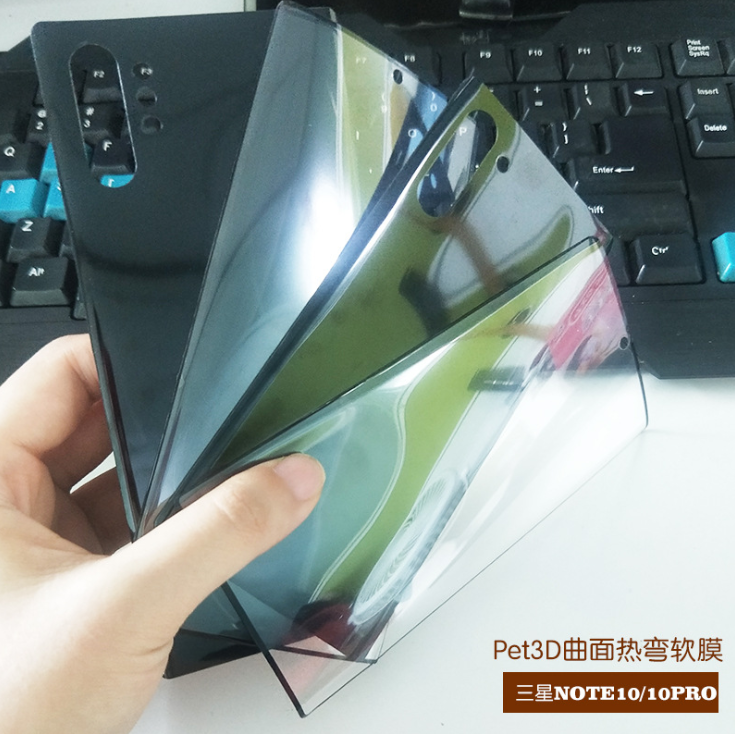 In the second half of the year, there will be no better screen than Note10. pic.twitter.com/4F28KpGull