The S Pen can do pretty much more than anything on the phone and we’re seeing a first for the Note line with individually-stabilized cameras.
Published 09 August 2018, 11:30 EDT

After plenty of posturing and poise, we’re finally able to tell you a whole lot more detail about the Galaxy Note 9 from Samsung.

While plenty of the core specs and experiences should feel familiar to large form factor phone toters and even the S Pen’s basic feel as a stylus may be the same to prior Note owners, there are a few new tricks up this phone’s sleeve such as a 4,000mAh battery, up to a terabyte of storage if customers can shell out for the 512GB variant and get an extra 512GB microSD card, dual rear cameras each with optical image stabilization and Bluetooth functions on that S Pen.

In addition to the specifications mentioned above, you also have USB connectivity on the Type-C connector, Samsung Pay for NFC and magnetic swipe terminals, fingerprint sensing, iris scanning and facial recognition — the previous two can be combined for a hybrid Intelligent Scan authentication method. There are stereo front-facing speakers tuned by AKG and can blast Dolby ATMOS movie-power sound. Yes, there’s also a headphone jack. Yes, even with it, both phone and S Pen are rated to IP68 endurance standards: complete protection from particulates and immersion under 1 meter of water for 30 minutes.

As a small note, the latest 10nm processor from either Samsung or Qualcomm as well as the 4,000mAh battery will be supported on high-intensity tasks with copper and liquid cooling. That should help with long runs of Fortnite. 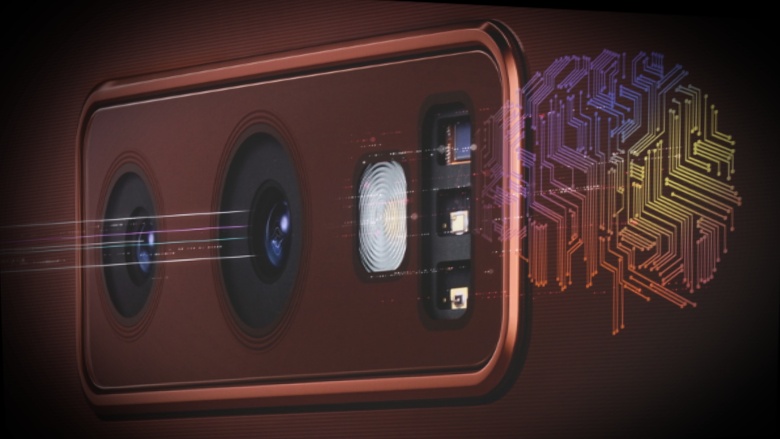 An 8-megapixel camera fronts the selfie experience while there are two 12-megapixel units at back with one at twice the focal length (zoom, for lack of a better term) as the other. The regular camera carries over dual hardware aperture settings from the Galaxy S9 with a choice of f/1.5 or f/2.4 for darker or lighter settings. Those two sensors are optically stabilized, marking a first in the series. Artificial intelligence has an increased role in this system with a Scene Optimizer to scan for items, determine it to be part of one of 20 scenes and adjust photographic settings to a preset. And if users take an unintentionally blurry or backlit picture, the Note 9 will notify them.

The S Pen now features a Bluetooth Low Energy radio and can be a partner in advancing slideshows or music tracks, triggering the camera shutter and a whole lot of other remote tasks. It does have a battery to support this radio. Samsung has mentioned that it charges fully in under a minute with half an hour of standby capacity. Developers can also plot third-party apps for the S Pen soon. 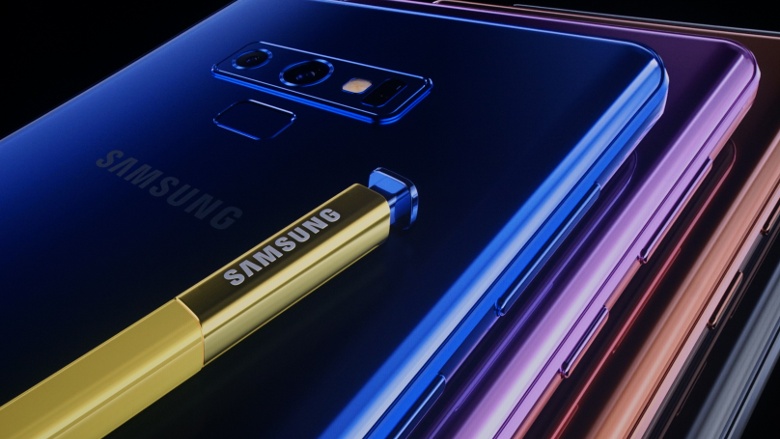 The Note 9 is also strengthening bonds with its own services through Bixby AI, Knox and SmarThings, as well as music streaming service Spotify. The Desktop eXperience is now available with a new DeX cable — it was previously only available through a dock or pad.

Pre-orders begin at 12:01am Eastern on August 10. The nation’s four major US carriers in addition to Straight Talk Wireless, US Cellular and Xfinity Mobile. It will also be available in carrier-locked and unlocked versions at Amazon, Best Buy, Costco, Sam’s Club, Samsung.com, the ShopSamsung app, Target and Walmart. Pre-order customers can also get either AKG noise-canceling headphones (a $299 value) or 15,000 V-bucks on Fortnite ($150) for free. If customers want both, they can get both at the heavily discounted price of $99. 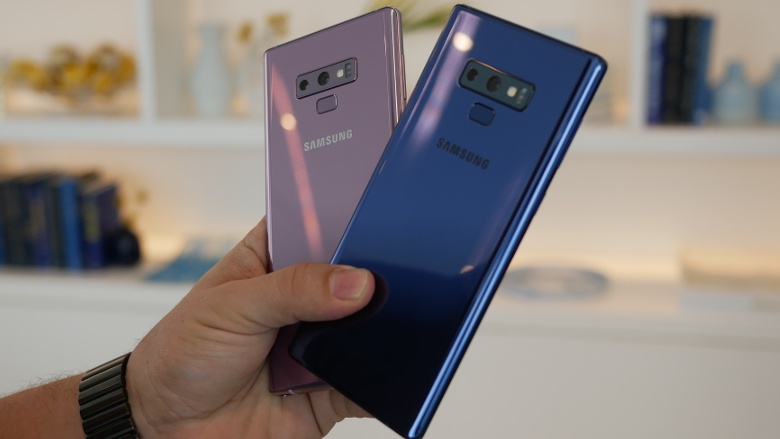 The 128GB version will be available in Ocean Blue and Lavender Purple for $999.99. AT&T, T-Mobile, Verizon, US Cellular and Samsung.com will be the exclusive sellers of the 512GB version for $1,249.99 starting August 24, when general sales begin. Samsung Premium Care is available for easily-scheduled support and abundant assistance for $11.99 a month

On a pure storage basis, the base level model doubles the iPhone X‘s storage and the loftier variant has double the 256GB iPhone X for $100 more. But that’s not all that matters in a phone and we’ll have a full review for you in the coming days.