It’s no longer a big secret that Samsung made quite a mess of its otherwise honorable voluntary Galaxy Note 7 recall, especially stateside, but ever since the Consumer Product Safety Commission came in, things seem to be slowly straightening out.

Roughly 25 percent of defective units sold in the US prior to a sudden burst of fire reports, some legit, others still questionable, have so far been exchanged with safe-to-use S Pen phablets, which may not sound like a lot, but it’s progress. Samsung even deems the percentage “an extraordinarily fast start toward achieving our goal of removing every single affected Note 7 from circulation.”

The next step is now officially making “over 500,000 new Galaxy Note 7 replacement devices” available for exchange at “retail locations nationwide.” You should find these in stores later today, although it’s unclear if the 500K count also includes phones freely up for grabs again on Verizon and Sprint’s websites. Freely, as in for folks who didn’t jump the gun last month, plus perhaps those that obtained full refunds, looking to get right back on the horse. 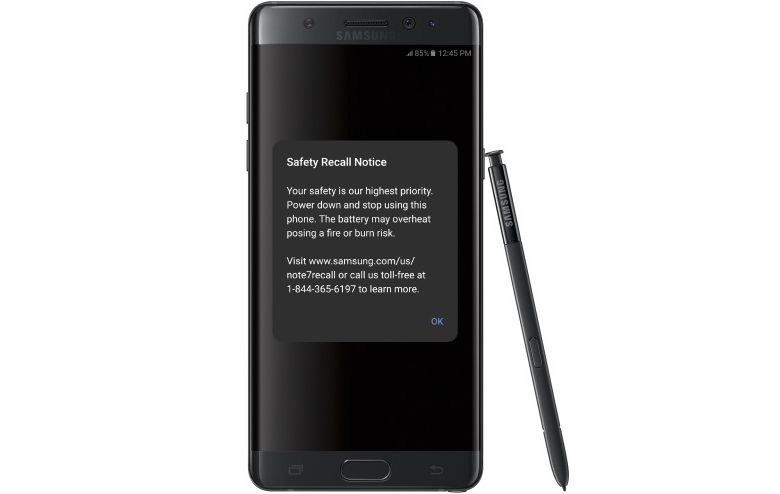 In terms of ways to persuade stubborn or clueless owners of original Note 7s with dangerous batteries to once and for all stop putting everyone at risk, Samsung will be pushing a software update whose sole responsibility is to deliver a pesky safety notice whenever a user powers up or charges their device. No more invoking ignorance, y’all!

We’re showing you how to delete your WhatsApp account, as well as some pre-requisites that I personally recommend before you do so.