Galaxy Note 7 explosion causes $1,400 damage in Australia, another one likely to blame for US house fire

Samsung Galaxy Note 7 explosion reports have spread like wildfire, from Korea to Australia and the US, where they may have caused real damage.

In case you didn’t quite grasp the risks of refusing to return your shiny new but potentially defective Samsung Galaxy Note 7 for a less fiery replacement or full refund, a series of unfortunate events recently reported stateside and in Australia may serve as a loud wake-up call.

This thing is a very serious fire hazard, and although the chances of the phone randomly exploding in your hand remain slim, no one’s 100 percent safe around a Note 7, and no one should be foolish to play Russian roulette with an arguably massive near-empty gun chamber.

How would you like to wake up to not only a “completely fried” device, but charred hotel room bed sheets and end up with a scorched carpet too when trying to put out the fire? That little incident also caused a minor finger injury for a Melbourne resident traveling to Perth and Brisbane on business, while a subsequent $1,400 or so bill for damages incurred will apparently be footed by Samsung. 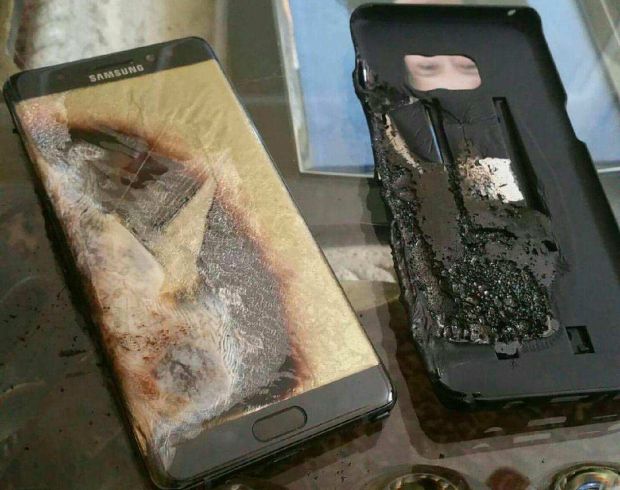 No (major) harm done at the end of the day, which is unfortunately not what we can say about a Horry County, South Carolina man, who purportedly left his Galaxy Note 7 to charge in a garage wall outlet, finding his whole house in flames when returning from picking up his two daughters.

Investigators believe the fire may have originated from or near said Note 7, though the exact cause hasn’t been comprehensively determined yet. And this is not even the first such occurrence reported in the US, at least another one happening in Florida, and luckily, producing minimal property destruction or physical suffering.