A little earlier this morning we showed you an image that purported to capture the new Galaxy Note 2 from Samsung, which we’re expecting to hear announced on August 29. More than a few of you pointed out some objections to that pic, labeling it as a fake. That’s certainly looking to be the case, and we may now know just where some parts of that image came from.

Daniel UY posted a mockup of the Note 2 to his Twitter account yesterday morning, as seen above. It appears that the fake Note 2 pic is based on this image, replacing the Samsung event invitation with what’s supposed to look like a real glass screen, complete with reflections.

Assuming that the earlier leaked shot of a Note 2’s front panel is legit, we can see a few differences between that component and the images based off this mockup. For one thing, the curvature of the corners is all wrong here, as is the size of the home button. Though the holes for sensors and the front-facing camera are generally in the right place, the spacing is off, and they’re just too low.

We’ll just have to keep waiting if we want to see any more legit shots of the Note 2. 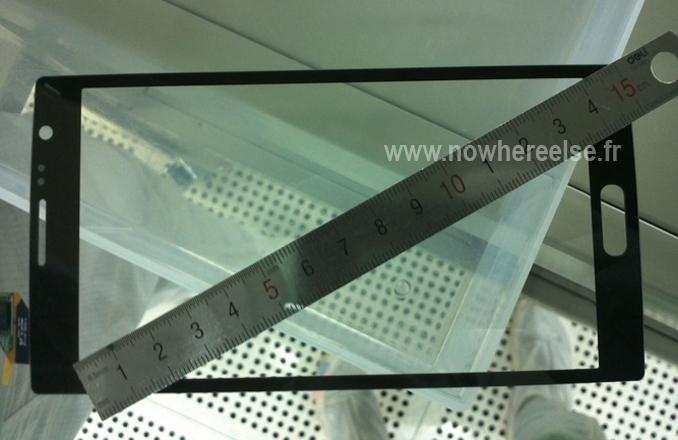