What I want from the Galaxy Gear 2

I know what I want in a smartwatch and Samsung’s current offering misses the mark. What does Samsung need to do to succeed with the Galaxy Gear 2.

A watch that simply tells the time just doesn’t do much for me.  I’ve been using smart watches since the early Microsoft S.P.O.T. devices hit the market in 2004. If you include the Casio calculator watches from the 1980’s and 1990’s, my experience predates the time I’ve spent with smartphones and even PDAs.

I tried a few of the Sony “smartwatch” offerings, but wasn’t too impressed. Then the Pebble came along and it’s adorned my wrist ever since. Honestly, it’s doing everything that I’d hope a smart watch would, without doing anything that a smartwatch shouldn’t. Sure, when my kids first saw it they wanted to tap and swipe across the screen rather than push the buttons. Perhaps that will change in an upcoming version. In the meantime, Samsung hinted at and finally announced their Galaxy Gear smartwatch.

Samsung brought their new, fancy “Gear” on stage recently… and almost no one noticed. It was sad. “Hey, check out the watch you’ve been waiting for!” Crickets. “Okay then, moving right along, look at this phone!” Applause.

Okay, that’s not exactly how the unveiling went down, but it’s not far off. Why? The Galaxy Gear has issues.

Rumors have it that the next iteration of the Galaxy Gear may arrive sooner than we were expecting. The theory is that Samsung wants to a get a “quick assessment” of the smart watch market based on how the Galaxy Gear sells. After this initial “market study”, Samsung will likely tweak the design and have the “Galaxy Gear 2” ready to introduce at CES or MWC in early 2014. Did you buy one already? If so, how does it feel to be a guinea pig?

I’ll be frank: the current Galaxy Gear doesn’t appeal to me. It’s too much of what I don’t want, and not enough of what I do. Let’s break it down, here’s what I want from the Galaxy Gear 2.

Any smartwatch, whether made by a 3rd-party like Pebble, by a major OEM like Samsung, or even by the powerhouse that is Apple, must work with every smartphone out there. Pebble works with both iOS and Android, but leaves out Windows Phone, BlackBerry, and others. The Galaxy Gear doesn’t even work with the majority of Galaxy smartphones — not to mention the rest of the Android ecosystem. That was a big fail.

A camera? Seriously? You know how goofy people look when they’re taking pictures with their tablets? Taking pictures with your watch while holding your wrist at some strange, contorted angle makes those guys look “professional”. Not to mention the fact that you’ll likely come up with sub-par images when compared to those which you could have taken with your smartphone.

Drop the camera. It’s not necessary, it’s not helpful, and it burdens the true utility of that it’s supposed to be: a watch.

Make it a watch first 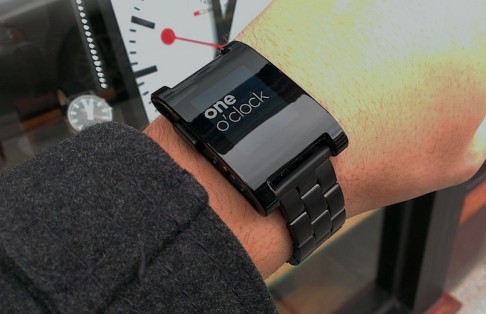 There’s a lesson I learned while working with Unix: do one thing, and do it well. That may sabotage my argument, but hear me out. The first thing a smartwatch should do is tell the time. After that, presenting the wearer with the day and date are next up in order of importance. After that things get a little fuzzy. However, if it can’t do those things very well, it doesn’t deserve to be worn on your wrist.

My order of preference goes next to alerts, which may include weather and calendar notifications, new email or text messages, and so forth. After that, the ability to control and interact with your smartphone (or tablet) is up next. Being able to dismiss a call, control your music, or even serve as a Bluetooth “headset” to take those calls right on your wrist would come in near the end of my list of wants.

Last, it’s a watch. Let me put whatever band I want on it. Make it standard it’s just as easy as putting a band on any other watch. How hard is that?

Maybe I’m a little bit crazy, but I think the Pebble is the product to beat at this stage of the game. Every smartwatch from here on out needs to do what the Pebble does, only better. Once they get that down, then they can start working on “more”.