After seeing LG unveil its own Android flip phone yesterday, Samsung has just introduced its own take, the Galaxy Folder. Check out the details!
Published 28 July 2015, 08:31 EDT

If you thought for a second that Samsung is able to stand by while LG appeals to those who are nostalgic about old form factors (clamshell, to be specific), you are wrong. Just yesterday LG introduced the Gentle, an Android flip phone, and now Samsung has officially introduced the Galaxy Folder, another Android flip phone, successor to the initial, first generation Galaxy Folder.

The specs of this Android trapped in a nostalgia-generating form factor include a 3.8-inch touchscreen display, 8GB of internal memory (expandable via microSD card to up to 128GB), eight-megapixel main camera on the back, two-megapixel front shooter, and a 1,800mAh, together with Android 5.1 Lollipop

Black and white color options will be available and the phone can be had, in South Korea (and most likely nowhere else), starting next month, for KRW297,000 (around $255). 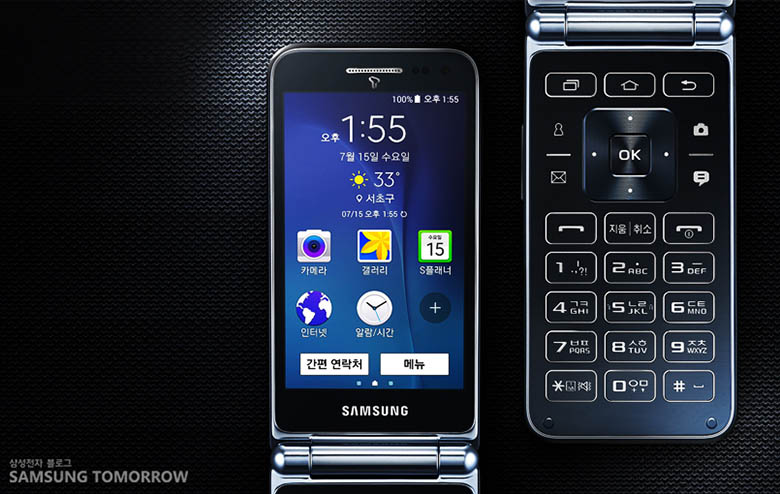 Today’s deals come from Amazon, Best Buy and B&H, where we find the latest MacBook Air, iPad Pros, and more devices on sale

With ‘Reward Yourself’, consumers get flat 10% cashback with HDFC Bank credit and debit cards and SBI credit cards.