A recently uncovered patent makes us curious about what the Samsung Galaxy Fold 2 could end up being. Would you want it to look like this?
Published 25 June 2019, 14:00 EDT

The Samsung Galaxy Fold isn’t even out yet — but we and Samsung do hope it won’t affect the Note10 launch, since it’s ready for the market — and we’re looking to the future and what Samsung’s second foldable smartphone could be. We recently caught a glimpse at what Huawei may be cooking, not that the Mate X is available, and now a recently uncovered patent filing suggests what Samsung is considering.

Whether it’s the only thing, or just one of the things, it is considering is unknown. This time around, the patent suggests an out-folding design, similar to the one Huawei employs, the one that Samsung was criticizing. Additionally, the patent suggests, and the renders demonstrate, how the device would have an Edge Display, taking us back to the Galaxy Note Edge or Galaxy S6 or S7 Edge.

The patent was applied for at the end of 2017 with the USPTO, so Samsung had plenty of time to develop it internally. Going with the current Galaxy Fold design was probably by choice, given that the patent is two years old. While the patent, and the illustrations, show a punch-hole for the selfie camera, it doesn’t reveal much about the main, back cameras. Huawei solved this problem by having a fixed bar on the back, with the display not folding completely over it.

Folks, as usual, just because there’s a patent for it, it doesn’t mean we will see a commercially available device soon, if ever. Still, let us know of your thoughts. 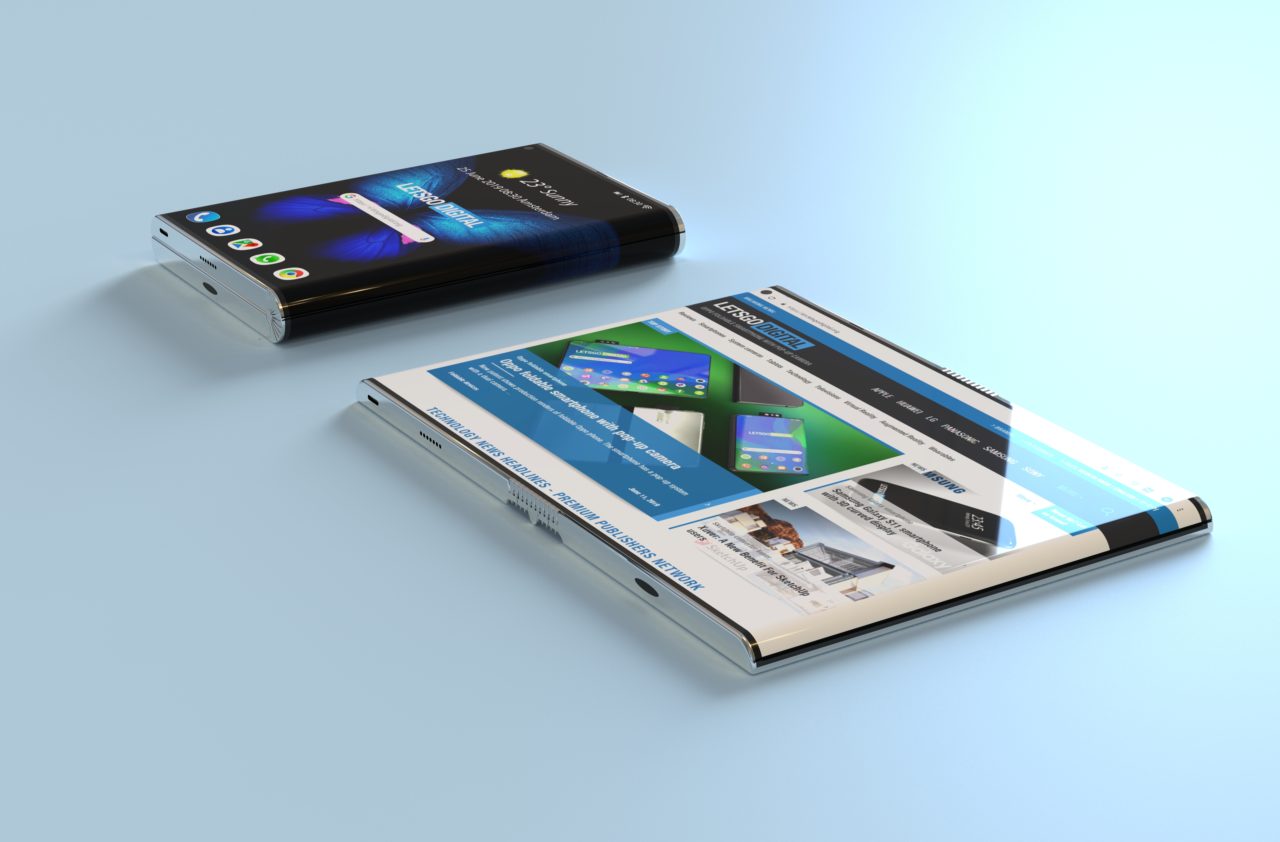