With last year’s Galaxy Camera, Samsung managed to marry the guts from one of its Galaxy-series Androids with the hardware from a stand-alone digital camera. The result, while interesting, ended up falling in an odd middle ground, where it wasn’t extremely useful as a smartphone, nor as capable as more traditional digital cameras. This year, Samsung’s hoping to do things a little better, and we’ve already learned of the Galaxy S 4 Zoom, which looks to be a more phone-focused version of the Galaxy Camera. What about going the other direction? Samsung’s J.K. Shin has been talking about a “Galaxy Camera 2” for its London event next week, and today we might just get our first look at the hardware.

If that’s indeed the new Galaxy Camera we’re looking at above, it seems clear that Samsung really wanted to press further towards a prosumer look for this year’s version. The naming and model numbering are a little unclear, but it sounds like this hardware could fall under the umbrella of Samsung’s NX System, and as such we could expect this to be the Galaxy Camera NX, Galaxy NX Camera, or something along that line.

There may be two models of the camera, but we don’t yet know how they might differ – perhaps a WiFi and cell-connected version? Not many specs have been offered thus far, but there has been some evidence to suggest that the Galaxy Camera NX could feature a 20-megapixel image sensor – no word on physical size, though. 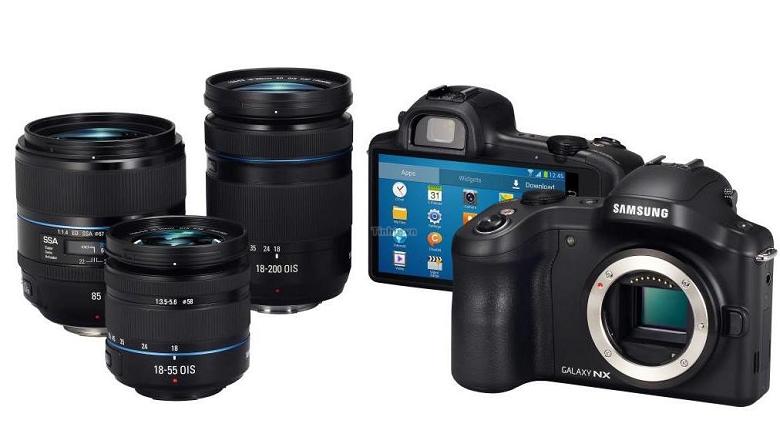