Check out the newest batch of Galaxy Alpha pics to surface, giving us a better look at those metal edges.

Two weeks ago, only shortly after we first heard the smartphone’s name, two separate leaks delivered detailed images of the Samsung Galaxy Alpha. From what we saw, the phone wouldn’t get a metal back panel, as we might have thought from previous Galaxy F rumors, but it did manage to pick up some metal trim along its edge. Now the handset’s back to pose before the camera again, with the white version of the Galaxy Alpha starring in a new series of images.

We got a couple brief glimpses of the Galaxy Alpha’s edges in those earlier shots, but this new batch really highlights the way that metal band forms a ring around the phone’s body. Front and rear pics align nicely with those previous images, and this time we even get to see the phone fully booted and operational.

The idea of this smartphone arriving with a 720p display is repeated, and we also hear a little about a possible SoC choice, with word that Samsung could give the phone an Exynos 5433. If true, that could mean that the Galaxy Alpha is positioned as a much higher-end handset than we’d been giving it credit for; the 5433 is an SoC that we’ve also heard Samsung could be planning to use for the Galaxy Note 4. 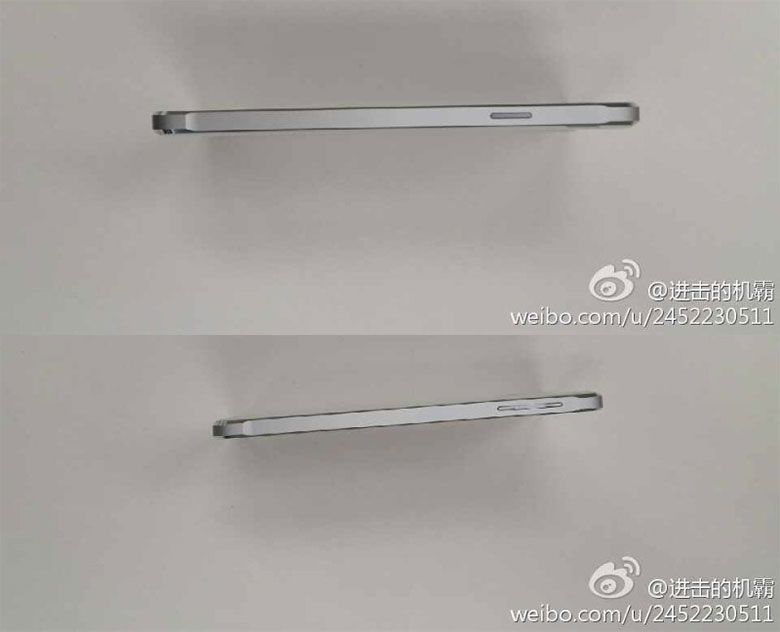