The G Flex 3 might never see the light of day, but with the rumored launch of the LG G5, we’d like to see LG cannibalize some aspects of its curvier cousin.
Published 19 January 2016, 17:18 EST

If you followed Pocketnow’s CES 2016 coverage, you’ll know that LG didn’t follow up last year’s G Flex 2 with a third-generation sequel. That’s a shame, because it likely would have been the star of the show, at least from a smartphone perspective. For two generations, the G Flex line has brought the most futuristic features LG has to offer, including them not in a reference design or engineering prototype, but in a consumer smartphone available to everyday people. With the LG G5 rumored for MWC 2016 in Barcelona next month, here’s a few features I’m hoping make the jump from the Flex family to the G (along with a few reasons my hopes may be misplaced).

What it is: This is the obvious one, but it’s so cool I can’t help but lead off with it. Both LG’s original G Flex and the G Flex 2 included a super-shiny coating that, on the down side, made them prone to fingerprints and dust collection. On the plus side though, this coating was made of a material that seemed to do the impossible: it healed minor scuffs and scratches all by itself. The urethane-like finish contained microscopic beads meant to fill the tiny gaps left by cosmetic scratching, and while it couldn’t cope with big gouges, our testing did prove it effective against more superficial damage.

Why it might not make it to the G5: LG explained to us that the self-healing coating requires a glossy finish, which has fallen out of favor for various reasons. Also, while it worked on the most minor of scuffs, the coating was less effective than we expected. It’s likely LG wants to avoid over-promising on any aspect of the G5, so I wouldn’t be surprised if this didn’t make the cut. 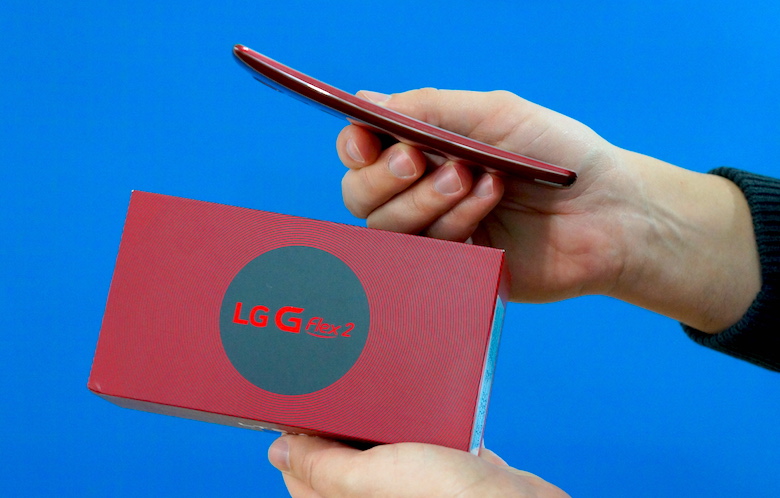 What it is: In addition to the super-science on the coating side, LG made the first G Flex pocket-safe before “bendgate” was anything but a stupid word. With its dramatically curved casing design, the first G Flex looked remarkably vulnerable to breakage if stepped or sat on the wrong way, but LG was quick to eliminate that fear by inviting us to put our full weight on a face-down review sample at the unveiling. True to its name, the G Flex would creak and pop its way to a flattened shape when leaned on, only to flex back to its gentle curve when the weight was released. At the G Flex 2 announcement, LG took things a step further by having one of its lead engineers sit, stand and even stomp on the phone: the G Flex 2 emerged unscathed and just as curvy as ever.

Why it might not make it: A curved chassis requires a curved display, and LG hasn’t yet shown a willingness to build that fanciful feature into its flagship phones. Speaking of … 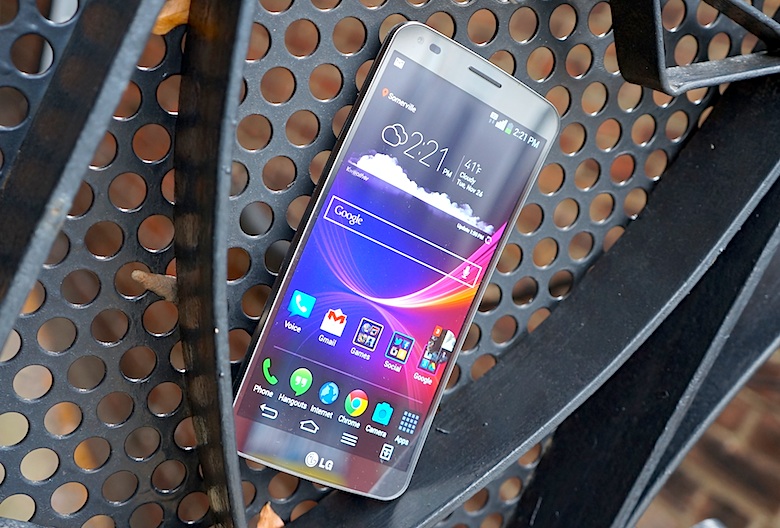 What it is: The distinctive curves of the G Flex and G Flex 2 chassis were made possible by the use of a flexible display material, a Plastic OLED panel cooked up by LG’s own Display division. The first Flex showcased the challenges inherent in building such a display: it was confined to 720p resolution and it bore some of the worst image-persistence and color saturation problems I’d seen up to that point. Fortunately, LG corrected those issues with a much better 1080p panel on the G Flex 2, allowing the subtle effect of a wraparound screen to really shine through when the phone was used in landscape. Even in portrait the curve helped a little with one-handed use, bringing the glass slightly closer to an outstretched thumb reaching for the notification shade. And taking calls on either Flex is still more comfortable than on any of today’s conventional slabs.

Why it might not make it: Curved screens are cool, but they’re also more expensive to make. Also, it’s been a tough enough slog for even TV manufacturers to make a case for curves; despite all the advantages it brings to the smartphone experience, a wraparound screen is a risky move given the added cost and effort involved in producing it. The LG G4 has only the barest whisper of a curve –3000R vs 700R on the Flex line– and it’s not emphasized much at all in the marketing material. 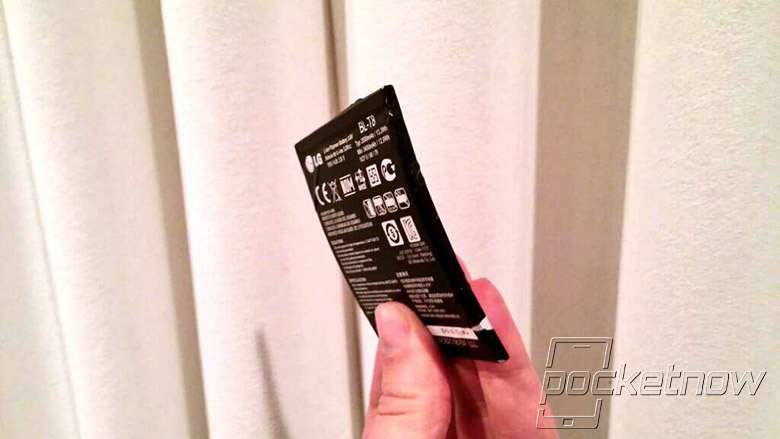 What it is: Battery life on the first G Flex was some of the most impressive around in 2013, the phone getting over 6 hours of screen-on time on its 13.3Wh/3500 mAh battery. Sadly, LG’s changes in display, software and processor meant that the G Flex 2 (with its smaller 3000 mAh pack) barely lasted half that time on the unit we tested. It got better as the G Flex 2 got software updates, but it was never the endurance legend that its predecessor was.

Why it might not make it: As with the display, a curved phone requires curved components – and it’s tough to make a bent battery user-replaceable. Given how big a deal LG made about the G4’s removable battery (capitalizing on disenchanted Samsung fans who lost that feature on their 2015 flagships), it makes sense that LG will make the G5’s power pack swappable – a theory bolstered by some very interesting renders of a novel battery-ejection mechanism. As for how long that battery will last, of course, we’ll have to wait and see … but hopefully not for too much longer.

Got other suggestions for things you want to see make the jump from G Flex 3 to G5? Tell us what features you miss from the G Flex – or even features you hope don’t make the cut – in the comments below! Then check out our full reviews of the LG G4, LG G Flex 2, and original-recipe LG G Flex!