It’s not just a phone with a sliding keyboard. F(x)tec is a privately-funded startup that has ideas to bring back functionality to Android.
Published 27 February 2019, 12:00 EST

Keyboards on phones. They’re a niche a vogue these days from the likes of BlackBerry to Planet Computers. But now, there’s at least one more player that wants to bring the HTC Dream back with a sliding keyboard phone… and a worthwhile experience to go with it.

F(x)tec, a UK-based startup, has spent the past year with private funding to create their Android-powered device, the Pro 1 (or, more accurately, the Pro¹). And it brings back the sliding mechanism that turns it from a full-screen device to one with a five-row, 64-key typing machine with just a simple “clack.”

As a 13.99mm thick device, you’ll fully expect to have some fun moving that screen around back and forth a bit. And when you settle down, you’ll find the display comfortably aligned at a 155° agree toward your favor.

In terms of software, there’s good and bad news: the device will be running a fairly clean version of Android 9 Pie when it launches in July. It may be a great user experience in conventional terms, but there aren’t really too many optimizations when it comes to working with landscape orientations — especially when a physical keyboard can come into play.

So, F(x) has been busy crafting system apps for email and the calendar that display content natively in two panes — one side to browse through the inbox or through periods of time, the other to look at messages or appointments. The home screen is able to adjust so that widgets take up the same space and alignment as they would in vertical orientation. 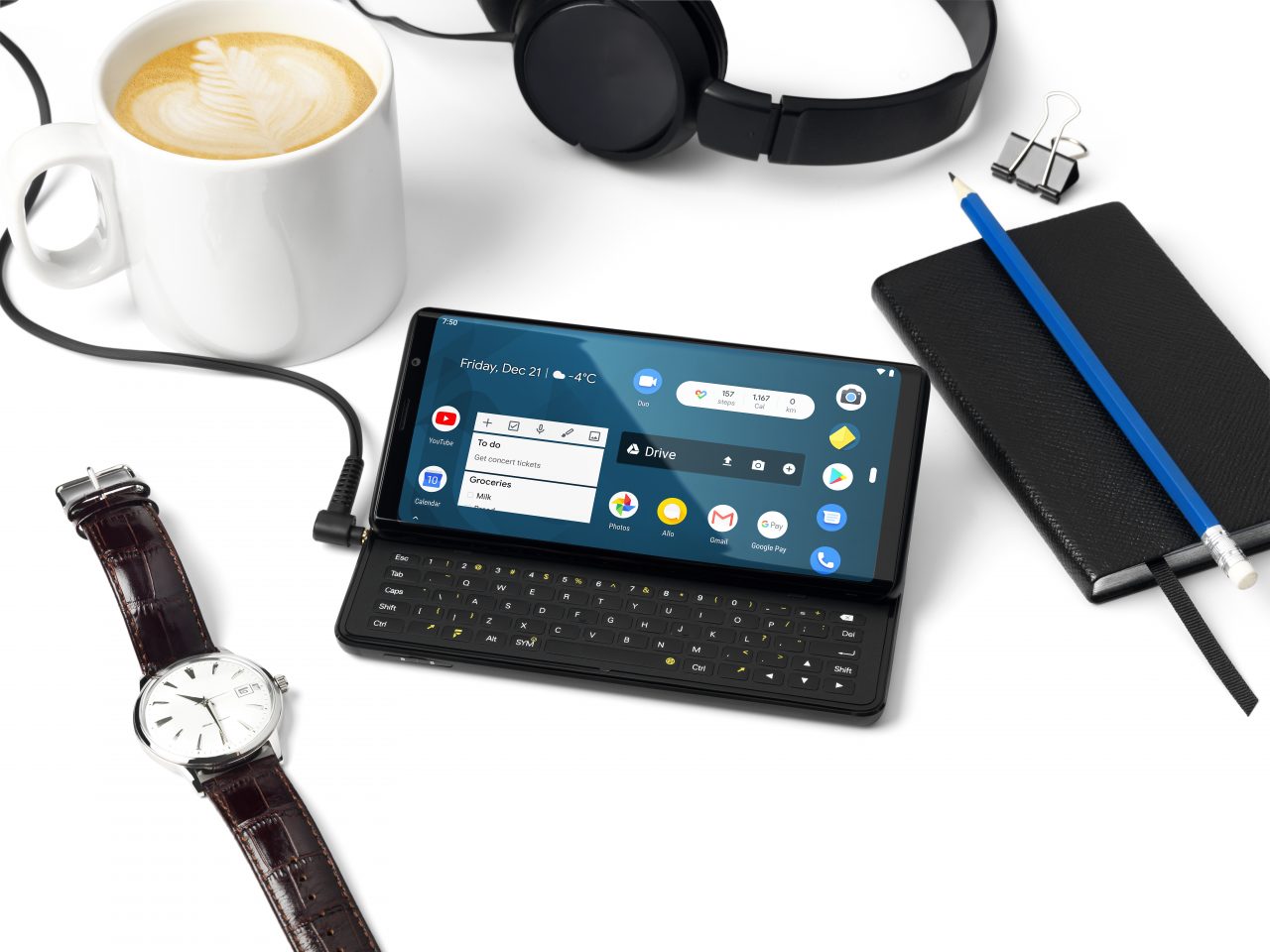 Being a small startup with private money, there are some compromises to be had — the older Snapdragon 835 chipset being one of them — but there are some hardware features to be had like stereo speakers, USB-C, a headphone jack, microSD expandability, a side-mounted capacitive fingerprint sensor and NFC.

The unlocked Pro 1 is being previewed at MWC 2019 and will undergo further tweaks — including switching AMOLED displays suppliers — before direct-to-consumer sales start around July for $649 in the United States and £649 in the United Kingdom. 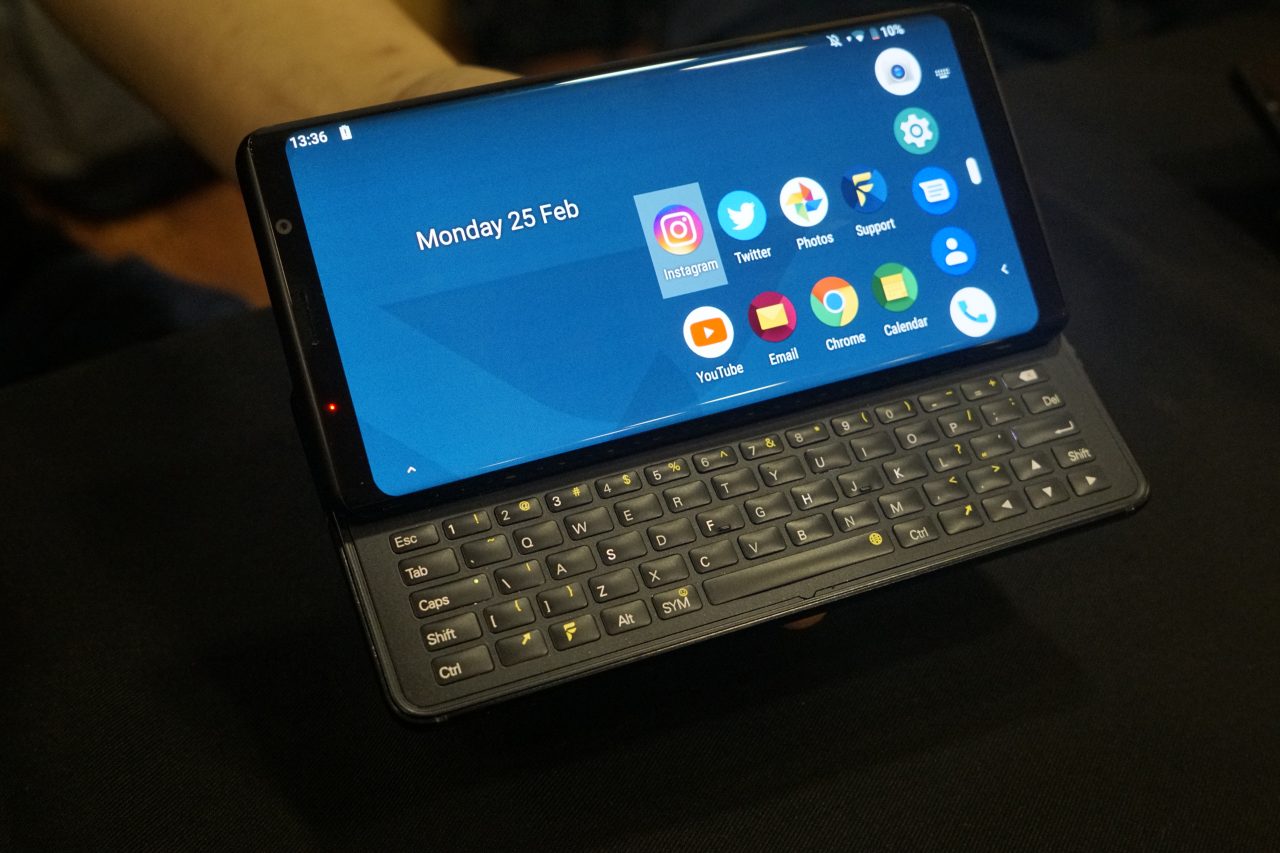 You can learn more about this phone in the link below this story. Stay tuned for more coverage from Pocketnow!