The importance of being future proof

Is it more important to have a great user experience or to be future proof? We examine the Moto X versus the Nexus 5.

Anyway, so I’ve got $400 to spend on a new phone, and I’ve narrowed my options to a Moto X and a Nexus 5. Yes, I know, I’m a Windows Phone guy, so I haven’t completely ruled out the Lumia 1020 I found on Swappa for $390. But let’s just pretend I have. So now I need to ask myself – and you. Moto X or Nexus 5? I’ve agonized over this decision for some time now. What was once so clear cut – I mean the Nexus 5 is the better phone right? – now seems so hazy because Motorola did something great with something just ok. 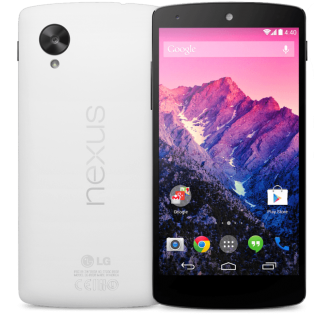 They both run basically the same stock (or in Moto’s case “near-stock”) Android KitKat. I can customize the bejesus out of one and customize the other as long as I don’t go beyond black or white (or red if rumors are to be believed and I want to learn Vietnamese). Both have equally so-so cameras. The Moto X has a few tweaks that are real value adds such as context awareness/touchless voice control, etc. Both are even kinda sorta made by the same company.

But the Nexus 5’s beefier processor is something that is hard to ignore. Not because I’m going to be rendering HD video editing on it or anything, but for the concept of future proofing. Sure, there’s nothing I want to do today that I need a Snapdragon 800 processor over a Snapdragon S4 Pro. But maybe there will be something next year that needs it.

Seriously? Next year? Dude. Live in the moment. 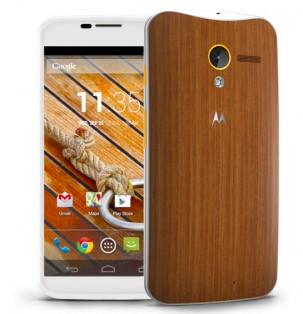 The future is now

There is something to be said for future proofing. While it’s not relevant to the Nexus 5, some have said that the 64-bit processors that are rolling out on mobile devices represent just such a move. There’s nothing that requires a 64-bit processor now, but what about tomorrow? But is something that may happen in a year enough to forego some pretty cool software features and a great user experience today?

By all accounts, that’s exactly what the Moto X offers.  For having a relatively ho-hum spec sheet, I have yet to read a review of the Moto X in which the author was disappointed in the experience. There’s something to be said for that. Our own Michael Fisher just ordered his second Moto X because now it can have a wood back. To some that’s a $425 novelty. But I don’t doubt that Mr. Fisher isn’t just as excited about the device inside as the covering on the outside.

It’s not about the specs

This is interesting because maybe that means the future of mobile is not about the specs any more, but rather about the experience. Sure there will be some people out there that will still throw down the spec sheet and say “Mine’s bigger than yours”. But if the industry is trending toward experience and away from specifications, then that’s just a win for everyone. Because, after all, there is nothing I want to do today that requires a Snapdragon 800 over a Snapdragon S4 Pro. That’s ok. We have desktops and laptops to do that heavy lifting. You don’t need NASA in your pocket.

The allure of the bigger and better (or sometimes in mobile, smaller and better) is hard to resist. This is particularly so because of the Neanderthal users out there who will drop their pants and pull out a ruler as soon as another phone hits the table in front of them.  Fortunately none of them read this site. We understand it should be about the user experience, which the Moto X delivers remarkably well, even if it is in a smaller package. 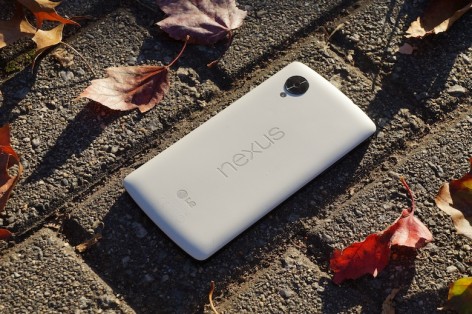 As it turns out all my agonizing was over nothing. Unlike some of my colleagues here, I only have one cell phone line with AT&T. I don’t have device A on T-mobile and device B on Verizon so I can compare signal strength on the choo choo. My SIM has to swap easily with my MicroSIM bearing Lumia 920 and the nanoSIM on the Moto X is a non-starter for me. So it turns out, I will be future-proofing. Or getting a Lumia. Just kidding.

But I find myself disappointed. I shouldn’t be. The Nexus 5 is a great device. I’ve said so in the past. Others have disagreed, but I’m willing to put that bad boy through its paces. Maybe I’ll even get a Galaxy Gear (no I won’t). But I’ll always look fondly at that Moto X and wonder what could have been.  If I had an extra $50-$60 a month, maybe I’d contemplate a second line. But as it stands, my SIM is dictating my next phone. It’s not the first compromise I’ve made in this industry and it won’t be the last. But at least I’ll be future-proofed.

So what about you, the informed reader? If you found yourself in my situation, which phone would adorn your second pocket?