We’re thankful that we can use that header image unironically. And while we’re also thankful that The Simpsons are still around, Matt Groening’s other animated series that’s been cancelled long ago  (then raised from the dead and then put to sleep again) still has a cult following that’s been in want of something more. And while streaming video is all the rage, if you’re going to write a new storyline, why not put in gameplay mechanics as well?

It’s part of the reason why 20th Century Fox has tapped Berlin-based Wooga to develop “FUTURAMA: Game of Drones,” a mobile game revolving around the fine folks at Planet Express escalating its engagement a high-stakes courier war against rival company MomCorp. Because Mom.

The game will be puzzle-based and involve drones, as the title of the game implies. The storyline will be co-written by Dave Grossman — of Secret of Monkey Island fame — and former co-executive producer of Futurama, Patric M. Verrone.

Wooga has seven games total in its portfolio, most of them based on garden variety game formats like FarmVille and Bejeweled, as well as hidden object mystery games and a Tamagotchi-like that works with both iPhone and the Apple Watch. Only three of them are on Android.

No details on platforms or ETA just yet, which means we have no idea if you’ll want to yell “TAKE MY MONEY” anytime soon.

Source: Wooga
Via: The Verge 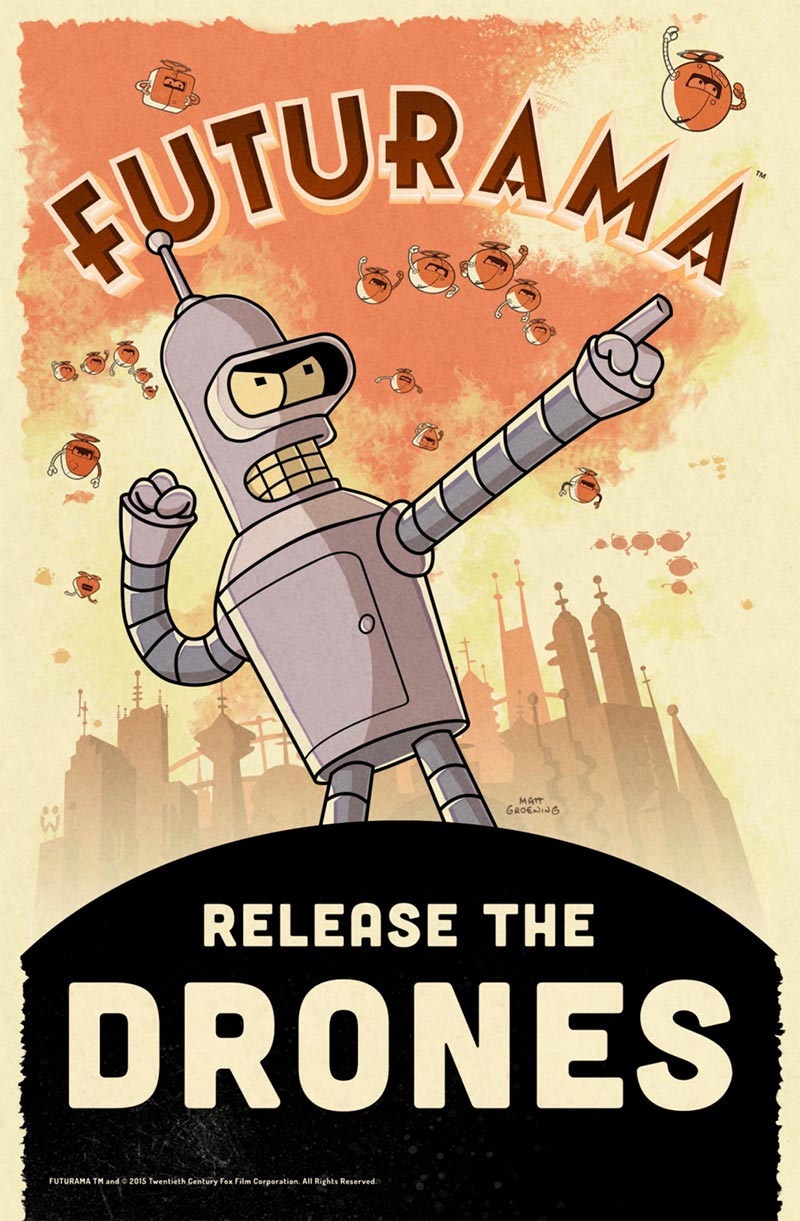