Would You Use A Full-Resolution Front-Facing Camera?

Full-resolution front-facing cameras don’t exist – yet. But some smartphone manufacturer is going to build one someday. Read on to see why this makes tons of sense – or none.

Front-facing cameras have for years been the red-headed stepchildren of the mobile world: included out of a sense of obligation or an attempt at differentiation when mobile video-calling first came on the scene, the tiny face-capturing modules were under-specced and underpowered — and they’ve never really grown up.

Even today’s high-end smartphones typically feature front-side shooters with only 25% the resolution of the primary camera around back. The only company to really take the front-facing camera seriously in today’s landscape is HTC: the webcam on the company’s Windows Phone 8X and Droid DNA features a wide-angle lens with ƒ/2.0 aperture that delivers impressive results, but even it only comes in at 2.1 on the megapixel scale.

Of course, megapixels aren’t everything; other factors, like lens and sensor size, can be even more important in determining the picture quality of a given camera. But leaving the technical elements aside -and playing a little fast-and-loose with terminology- the question is a simple one: does the idea of a full-resolution front-facing shooter on a smartphone make sense? Let’s take a quick look at both sides of the argument.

Why It Would Be Tops 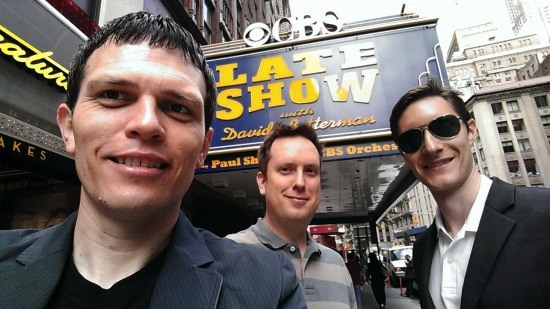 I don’t mean to sell HTC short in my megapixel comment above; its front-facing camera blows away the competition in almost every measurable sense, as can be seen in the sample shot above. It’s nice to see a company focusing on a previously-ignored feature, putting effort into setting itself apart on a new front.

But what if that wide-angle lens were married to a 5- or 8-megapixel sensor, one with backside illumination and all the other goodies normally crammed into a primary shooter? Think about it: videoconferencing would be a pleasure, instead of a haze-fest (though you’d have to pay a little more attention to your hair and/or makeup). Taking a video call while walking outdoors in uneven lighting conditions wouldn’t automatically turn you into a fuzzy silhouette. Facial-recognition software like Google’s Face Unlock feature could make even more innovative use of the higher-resolution optics. Applications that depend on the front-facing camera for input, like Samsung’s Smart Stay, would work in a wider range of lighting conditions.

Best of all, the self-portrait shots we take way more often than we’d like to admit would be worlds better. We’d no longer be subjected to flat, mis-colored, jagged selfies like this one the Lumia 820 just foisted on us:

Why It Would Be The Pits 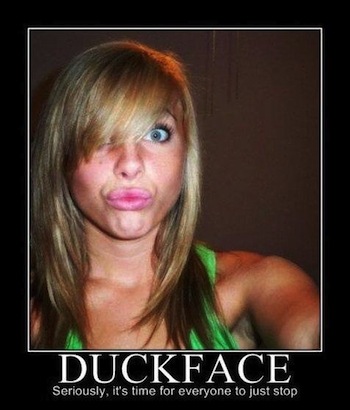 First of all, socially-speaking, more self-portraits isn’t necessarily a good thing; witness the travesty above. For those who fear the proliferation across social media of awful photos of people making stupid faces, enhanced front-facing camera functionality is something to fear, not encourage.

But there are broader, more valid reasons why full-res front-facing cameras might never take hold. The principal one is the same reason these little webcams have never been full-res to begin with: cost. Incorporating two expensive high-end shooters in a smartphone or tablet, one of which will only see perhaps 20% of the other’s use, makes no sense for any manufacturer. That’s exacerbated by the probable “feature creep” that would take place over time as OEMs tried further differentiating by including front-facing flash modules as well, driving the cost even higher. Some people would complain -rightfully so- about paying for a feature they’d never use.

To be clear: the notion of a full-resolution front-facing camera is absurd. I know it, and I’m not seriously petitioning for its inclusion on the smartphones of tomorrow. But as HTC demonstrates with the Droid DNA and Windows Phone 8X, companies these days are more and more willing to differentiate in less-conventional ways as they feel more pressure from competitors.

So someone’s going to do it. While it probably won’t be received any better than other niche hardware products like the Galaxy Beam, it’ll turn a few heads. And while it won’t be as smart as resurrecting the smartphone barrel-cameras of yesterday, it’ll get people speculating about whether there really is anyone out there who needs a full-resolution front-facing camera.

While we wait with baited breath for this mythical unicorn device, share your thoughts on the absurdity -or the brilliance- of this notion in the comments below. And try to keep the embedded self-portraits to a minimum.