Today’s Evan Blass Samsung Galaxy A9 leak details the four cameras of the phone that will launch today as the world’s first quad-camera smartphone.

Huawei started a trend with its triple-camera P20 Pro this year. It took the industry a while to switch from single cameras to dual cameras. The same can be said from switching from dual cameras to triple cameras. However, the switch to quad cameras could come faster than we thought. Last week, a report claimed that Samsung was working on a phone with four cameras, and all of them on the back.

Now an Evan Blass leak is trying to shed light on what those cameras will be able to do. Apparently, the four-camera Samsung will feature a main sensor of 24MP, with F1.7, capable of great low-light performance. That will be situated on top of the depth camera at the very bottom, one that has 5MP, F2.2, and feature “live focus”.

At the very top Samsung will place an ultra-wide-angle camera with a field of view of 120 degrees. It will have 8MP and F2.4. Below that, a 2x optical zoom-enabled telephoto camera will enable users to get closer to their subjects. It will be a 10MP shooter with F2.4.

All of this falls nicely in place and confirms previous rumors that were talking about the same setup. Additionally, the numbers and specs seem to match as well. The four-camera Samsung Galaxy A9 is expected to feature a Snapdragon 660 chip at its core, and should see the light of day today, October 11. 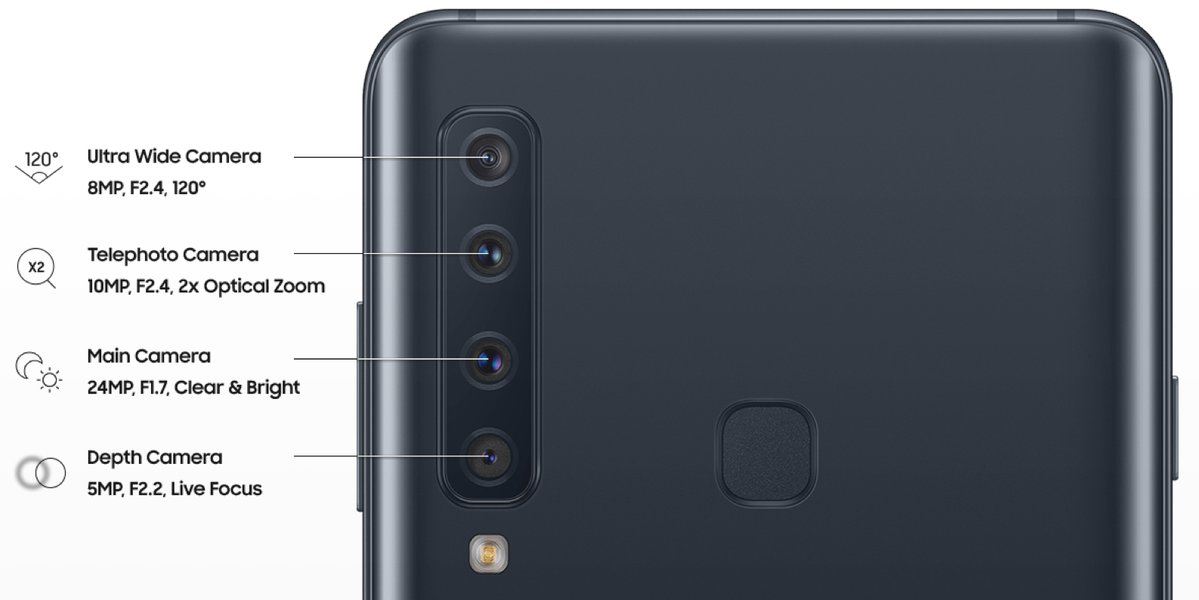