Apple was granted a patent describing a foldable iDevice which, according to the drawings, could double fold into a closed state.
Published 30 May 2019, 04:00 EDT

A foldable iPhone has been in the headlines since major Android manufacturers like Samsung and Huawei have released their first offerings. As usual, Apple will be likely late to this game as well, just as it’s rumored to only adopt 5G in 2020. Earlier this year, a patent filing was uncovered describing one way a foldable iPhone could materialize, and now a new set of patents have been granted for Apple and its foldable iDevices.

The image below illustrates a device that could be either a phone or a tablet, and, what’s interesting, is that the patent also describes how this device could double fold to its closed state. Of course, patent applications don’t necessarily mean we’ll soon see, if ever, a commercially available product based on it, so don’t get your hopes up and keep skeptical for now. 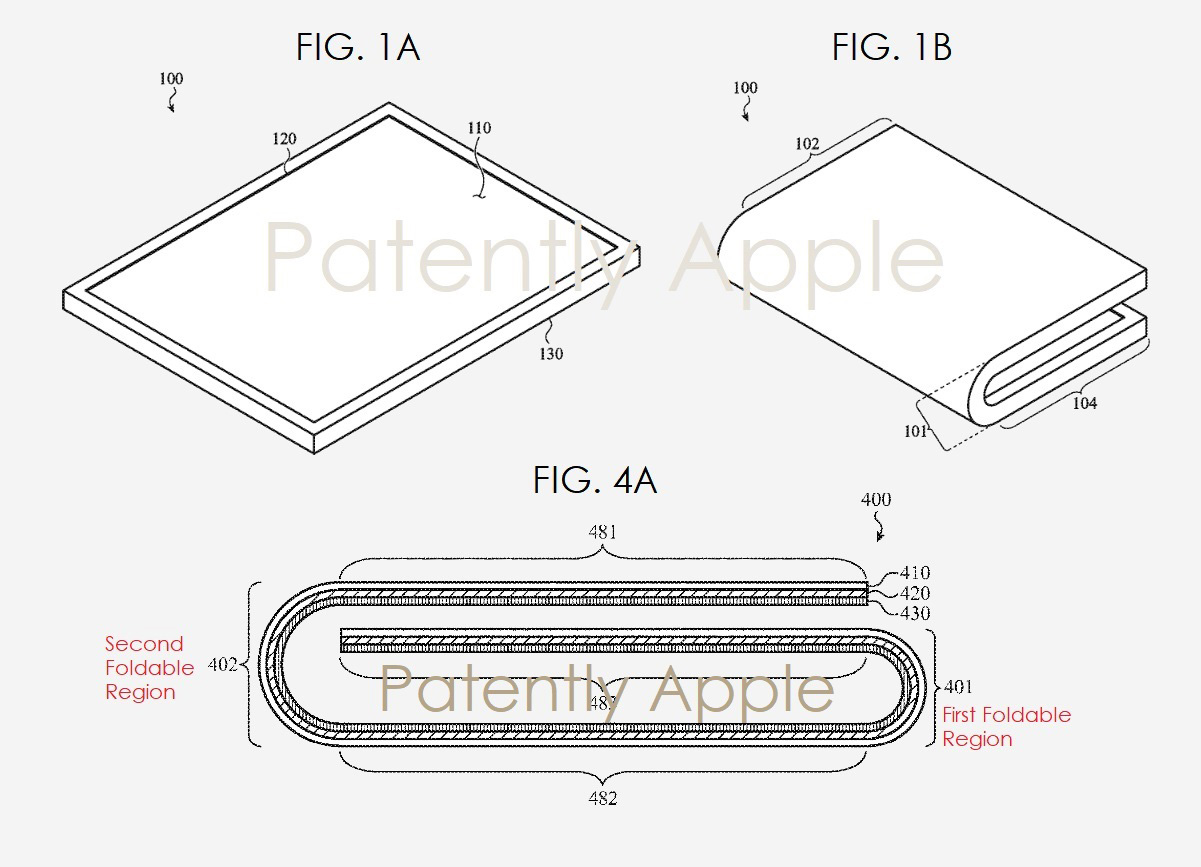 Today’s best deals come from Amazon and OnePlus, where we find the OnePlus 8 Pro, the 8T, Sony and Samsung smart TVs and more devices on sale

Apple is finally embracing 120Hz panels for the iPhone 13 family, but a lot of the underlying technology comes from Samsung’s house.