Check out these renders of Samsung’s foldable Galaxy F

After seeing a concept video of the foldable Galaxy F smartphone a couple of days ago, we’re now treated to some concept renders.
Published 15 November 2018, 01:00 EST

Even though Samsung was very tight with details about its foldable smartphone, it revealed enough to trigger our curiosity. We know to expect it early next year, and we also know we need to start saving some money if we want one, as it will be expensive. Based on what was revealed and the cornucopia of rumors and reports, digital artists have started featuring the foldable phone in their work, like this concept video.

Similarly, the images above and below are 3D renders of what the Galaxy F (or X) might look like. They are in no way, shape, or form, a confirmation of any sort, they’re simply a visual representation of what we, at this time, believe the foldable smartphone will look like.

In its folded mode, the phone displays an outside screen that’s 4.6 inches and has a resolution of 480 x 1960. In its unfolded mode it reveals a 7.3 inch display with a resolution of 1536 x 2152. The hinge in these renders seems to be similar to the one Microsoft is using on its Surface Book. However, there was no official information from Samsung that indicates the phone will employ this. Still, there is a patent Samsung filed that looks similar to what we’re seeing in these renders. 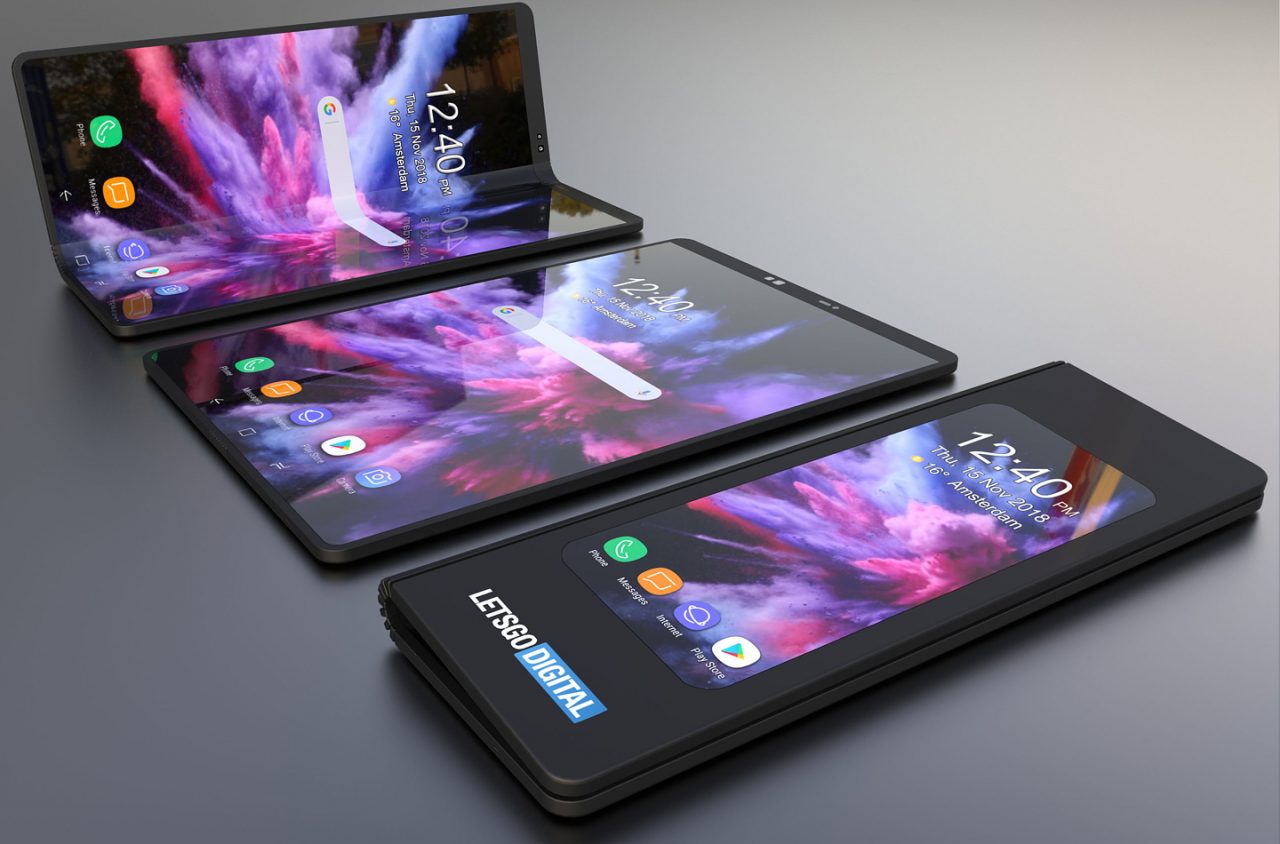