In the smartphone world, not everything can be a hit – and even hot devices have their low points. Here’s 5 missteps ranging from the serious to the inane.

We already have a series here at Pocketnow lamenting the choices of smartphone and tablet manufacturers, and trying to learn something from their most visible mistakes. It’s called Worst Gadgets Ever, and it’s a fun little video series that you should check out.

But sometimes, a broader look at the industry’s development is useful – and given the right attitude, it can also be fun. Earlier this year, our own Taylor Martin took you on a tour of smart phone form factors that are officially dead – not necessarily due to poor decisions, but owing to the constantly shifting mobile landscape that makes reporting on this industry so enjoyable.

Here, then, are five examples of hardware decisions that we at Pocketnow would’ve gone the other way on. That doesn’t necessarily mean the devices in question were failures; there’s more than one success story down below, and the bones we’re choosing to pick are bound to be contentious. So if you disagree, feel free to share your perspective – both down in the comments and in our still-new-smelling forums. Let’s get down to it.

Here at Pocketnow, we sometimes show an almost pathetic reverence toward the late Palm’s failed resurrection machine. Maybe it gets a little out of hand sometimes, but we use the same excuse as the rest of you: we’re geeks, and sometimes we geek out. So, deal.

But though our passion-fueled “shouldas” and “couldas” number in the hundreds when it comes to Palm/HP’s webOS devices, probably the single most significant one surrounds the original Pre and its heinous build quality. From the cheap, scratchable plastic faceplate to the gummy, mushy keyboard to the melt-y display adhesive oozing its way across the LCD, the Pre was undoubtedly one of the worst pieces of hardware ever to serve as the basis for a new platform. Add in a little of the “Oreo effect” photographed above to complete the picture (no, that wasn’t a design feature). webOS was great, but the Pre was not; and the latter truth played a huge role in obscuring the former one until everything went to pot.

Moto X: camera performance only a mother could love

On the whole, we’re pretty big fans of the Moto X. We were there for its unveiling, we took you on a tour of its customization options, and we scored the device pretty highly in our full review (and so did our readers in the monthly U-Review). All in all, the device has done quite a nice job of winning over the hearts and minds of the Pocketnow community.

But oh, that camera. We’re still hoping for a post-launch software upgrade to give the Moto X shooter a bump in quality, but, just … oof. With a 10MP shooter touting a “ClearPixel” design, enhanced low-light capabilities, and fast shutter speeds for quick motion capture, we should be seeing some great stuff from the Moto X. Instead, we get occasionally-crisp photos that seem to have been dragged through a graywater bath on the way to the screen, with colors that refuse to pop even on normally bold and brassy AMOLED screens. And as for that low-light performance, well – see above. Motorola knows how to make a wonderful phone, certainly, but it still has a ways to go in delivering a top-notch camera experience.

Last year’s Galaxy S III earned deserved praise for its responsiveness, raw power, and innovative feature set – areas that 2013’s Galaxy S 4 largely improved upon. But while the S 4 caught some flack in the tech media for overloading users with half-baked features and somewhat elementary UI, most of the criticism it endured came courtesy of its cheap in-hand feel.

While the S 4 does correct some of the design flaws of the S III, Samsung’s choice to continue emphasizing light weight over material quality cost it bonus points in the face of stiffer competition from Apple, HTC, and Nokia, among others. While other manufacturers were experimenting with metals and composites, Samsung was content to stick with a combination of glossy hyper-glaze coating and faux metallic accents – a pairing that looks better to the eye than it feels to the hand. So while the Galaxy S 4’s predicated sales success did in fact materialize, it’s easily one of the least impressive devices of 2013 from the standpoint of fit and finish.

This is a tough one to write. Because many of our team members –Brandon, Anton, and Jaime in particular- love their iPhone 5s. And many of us -Anton again, Brandon again, and myself– love our HTC Ones. (If you’re wondering what the rest of the team carries, we’ve got an article on that.) A big part of that love is thanks to wonderful hardware design – and a big part of that is the magical “chamfered edge.”

But that beveled finish on the sides of both the iPhone and the HTC One, while beautiful and sparkly and pleasing to the eye, is also a red-hot zone for scuffs, scrapes, dings, and every other synonym for “scratches” you can find at Thesaurus.com. Without an effective protective coating on those edges, their soft metal surfaces are the first to show wear and tear – sometimes before even being taken out of the box. That latter issue has largely been solved, and the edges are so attractive we hope they don’t go away anytime soon – but they definitely need better protection for those who prefer to carry their phones naked.

BlackBerry 10: putting the Z before the Q

Sometimes it’s not a particular device that’s offensive; sometimes it’s the strategy surrounding the hardware. BlackBerry’s Z10 and Q10, for example, did quite well in their respective turns at the Pocketnow review table. Granted, we may have given them a bit of slack due to their status as vanguards of a brand-new platform, but even without that “attaboy,” the devices stand on their own as solid smartphones for a particular kind of consumer. They just came out in the wrong order.

BlackBerry’s decision to launch the Z10 first is understandable: a new platform calls for the pomp and circumstance that come from breaking with tradition, and the new phone’s tall, slim, keyboardless form factor was a better fit for that purpose than the more-conventional Q10’s QWERTY layout. But the Z10 is also a comparatively dull device, from an aesthetic standpoint. In our review, we praised it for being “sturdy without [seeming] overbearing.” That’s a pretty weak compliment for a device that’s expected to revive a flagging platform almost single-handed, and we’re left thinking that maybe BlackBerry should have put the more-impressive Q10 ahead of the Z10 in the launch roster – or even debuted them side-by-side. 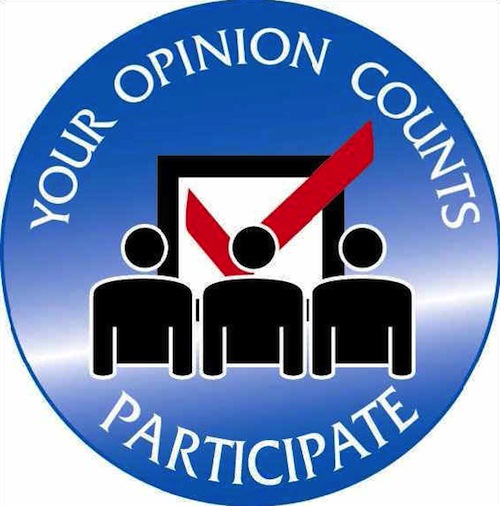 It’s time for us to give our critical eye(s) a rest, but we know the internet community never sleeps in its dogged pursuit of perfection. So share with us your thoughts on some of the biggest hardware missteps in mobile history, and feel free to speculate on what mistakes your favorite brand might make next in our forums!