There’s a lot to celebrate about iOS 6. Brandon’s recent editorial highlights the top 5 features we found most interesting, but after testing the first beta just a couple of days later, not everything has been fun and games. I could certainly add a ton of additional reasons why I consider that the OS matters, but today, it’s time to talk about the five reasons why I’m disappointed.

Let’s start this list with a disclaimer though. There’s nothing in these five disappointments that considers iOS either superior or inferior to other platforms. There’s no such thing as a perfect operating system, and the idea that one is better than the other is anything but objective. This is about iOS 6, and why we believe it could’ve done better 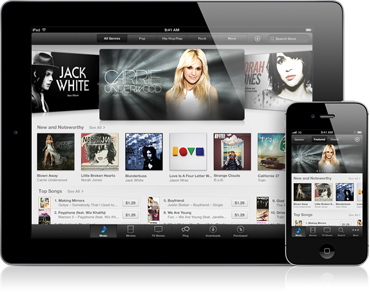 Back when Steve Jobs released the original iPhone in 2007, he said that the operating system was “at least five years ahead of its time”. If any of you were using the Motorola Q9h or BlackBerry Pearl that I was using back then, you’d agree with me in the fact that the guy was right. Sadly it seems that nobody at Apple remembers that any more. Those five years are up, and sadly nothing that was released at WWDC has prepared iOS to leap ahead of its time again. Today, a natural user interface is no longer a feature. It became mainstream years ago. Even feature phones have flick scrolling, Opera Mini for improved web browsing, and yeah, they’ve been doing music for a while now.

iOS 6 should’ve been about where the puck is going to be next. Siri, while superior in many ways to whatever other platforms currently do, is still half-baked. iPhone OS 1 made the phrase “ease-of-use” change in meaning half a decade ago, but today, the concept is no longer a selling point. So my question is, what’s next Apple? Your reluctance to change a legacy UI makes you, not look like you.

2. Most of what it’ll do, it won’t do any better than others

When they’re timely, Apple is famous for launching products that define new standards. When they’re late, they usually leapfrog over competition with something dramatically better. iOS 6 is sadly nothing like that. Prettier maps are not necessarily the same as better

maps. It doesn’t challenge the system to be any better than it already is. It’s just a late catch-up that’s great to have, but that won’t give you a reason to choose iOS over a competing platform.

Facebook integration? Been there, done that with Windows Phone 7 or HTC Sense. FaceTime over cellular? Third party apps have been offering video calls over cellular long before the iPhone’s own manufacturer figured it out. These reasons are no longer big enough to stir any customer away from the competition.

3. It still looks the same

Surely the wheel can evolve, but overall, it’s still just a wheel. With operating systems, that’s a different story. Can you imagine Microsoft launching a Windows Vista that still looked like Windows XP? The age difference between them is just five years, and still the user interface evolved for better or worse. The age difference between iPhone OS 1 and iOS 6 is exactly that, five years. Functionality has changed here and there, but eating chicken every day for the last half-a-decade must drive even some Apple employees crazy by now.

Even though I carry an iPhone 4S as one of my two daily drivers, I’ll admit that I’ve spent more time using HTC Sense on the One X that arrived on my doorstep a week ago, than this beta of iOS 6. I know this remark isn’t fair to all of you, since I know that for some people, what’s not broken shouldn’t be fixed, but my honest impression of iOS 6 is that I’m bored.

I do understand Apple’s purpose in keeping the grid of icons all over, but why not figure out some way to have UI profiles. If you’re a first-time user, you get the grid, and if you’re a power user, you can customize it differently. Hey, if Cydia could figure that out, I’m sure all those thousands of Apple Engineers can do better.

I’ve got to hand it to Apple here. Users of legacy devices probably don’t get everything in future updates due to hardware limitations, but they at least get some of them. The problem is when this fragmentation is not justified by hardware limitations. For example, as of beta 1, Siri is not supported by the iPad 2, whose guts are almost identical to what we find powering the iPhone 4S. And if the iPhone 4 and 3GS are getting iOS 6, why isn’t the first-generation iPad getting it? None of these technical decisions make logical sense, unless you add dollars into the equation.

We have seen Apple change their minds as betas keep coming to developers, so let’s hope this is just another phase where they’ll lighten-up sooner or later.

5. We’re stuck with it for at least another 18 months

Using a device that’s no longer ahead of its time, boring or no better than competitors isn’t easy in our times, but knowing that it won’t change for another 18 months is torture. Even if Apple released a new iPhone in the fall, which runs iOS 6 with some minor enhancements, nobody can switch phones every couple of months in this economy. Apple has slowly pushed users into adopting newer hardware just to get this new feature or that one, and it’s really not a good way to drive additional loyalty towards the platform.

This is not like if I don’t recommend iOS 6. Again, there are a ton of reasons why the iPhone 4S is still in my pocket running the beta. My biggest concern lies in its future. Apple seems to have fallen into a comfort zone that’s dangerous in this day and age. Competitors are no longer struggling to catch-up; those tables turned last year. For the first time since I started in this ecosystem back with the iPhone 3GS, I feel like it’s time to move-on. It’s in Apple’s best interest that people that agree with me, have real reasons to stick around.