Is fitness the future of wearables?

Watches have evolved from basic timekeepers to app-wielding gadgets. Now the focus is turning from information presentation, to fitness and health.

Although the “wearables” category is somewhat new to Pocketnow, devices that are meant to be worn, rather than carried, have been around for quite some time. In the very early days they were called pocket watches. Eventually they evolved into timekeepers that we wore around our wrists.

Original versions just kept track of time, but other features were added in: day of the week, day of the month, and even moon phases eventually came to wrist watches. Some got barometers, stopwatches, countdown times, calculators, even simple calendars.

When Microsoft released its SPOT technology, and began pushing data directly to our wrists, we thought the evolution of the watch would be all about getting information to us in an easy fashion. Perhaps “fashion” isn’t the right word to use here. SPOT watches, regardless of who made them, were big, bulky, and anything but “fashionable”. Before long, Microsoft killed off its subscription-based SPOT service, leaving a void that wasn’t filled for quite some time.

During that time, some early smartwatches came and went, but it wasn’t until Pebble landed that we really saw not only what a smartwatch could be — but what it should be. Rather than piggybacking on FM radio waves beamed in by partner radio stations like SPOT employed, Pebble relied on a Bluetooth connection to a smartphone to enable the data side of its offerings. While this remains the preferred method of getting information to the watch, Pebble left out one apparently major capability: fitness. 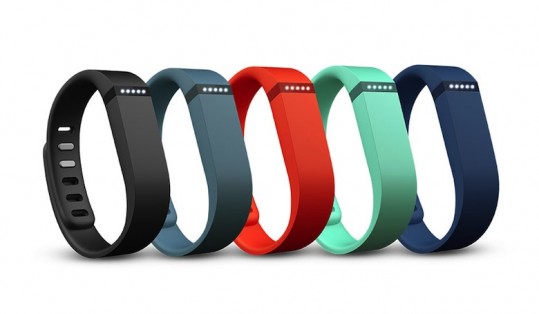 Fitness is the future

Somewhere along the line, FitBit was released. A simple, unassuming wrist strap, FitBit tracks your steps and reports them back to an app running on your smartphone or tablet. These are then translated into miles and calories burned. It’s a simple device, but its imact on what was to become the “wearables” category was unmistakable. In its footsteps, other wearables have followed.

Sony’s SmartBand SWR10 is a simple device that fits on your wrist and has one primary button. Like the FitBit, it has no display. Sony’s device tracks the wearer’s fitness and health, and also monitors their sleep. It’s designed to be worn all the time, even in the shower, and let’s you “Lifelog” important events just by pressing its singular button. Though its companion app, users can see what images they’ve taken and the places they have been, all in context of the fitness information the device has been monitoring. 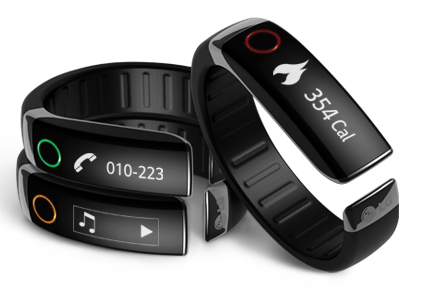 The LG Lifeband Touch is the FitBit-evolved. It offers a very simple screen which not only displays fitness information right on your wrist, it also displays information from your phone, like incoming calls. It can even monitor your heart-rate, though you’ll need the companion earphones to do that.

The Huawei TalkBand B1 is a wearable that doubles as a Bluetooth headset. No, we’re not kidding. You literally pop the screen out of the wristband and stick it in your ear to make and take phone calls. We’re not sure if this is awesome or weird just yet. It’s also a step counter that keeps track of calories burned, and includes a sleep monitor as well. The wristband, which Jaime Rivera says is too small for people with big wrists, includes a built-in USB cable which you can plug right in to a computer or wall charger. Nice! 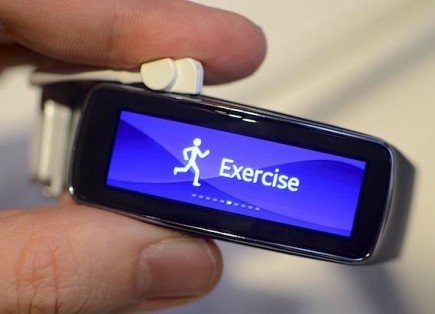 That brings us to Samsung. Recently announced were the Gear 2 and Gear 2 Neo. Both are successors to the original Galaxy Gear, but unlike that watch, these both include a heart rate monitor “which looks into your body, and tells you how fast your heart is beating”, according to Michael Fisher. Unfortunately, despite the fact that both of these work with even more devices than the first generation Gear, you’re still limited to Samsung’s own smartphones.

Samsung’s Gear Fit is the sexiest looking of all the Gear family and possibly all of the current wearables, with its thin design and curved touchscreen. It incorporates a heart rate sensor, pedometer, and gyroscope. Alas, it too is limited to only a couple dozen smartphones from Samsung.

Regardless of who makes it, the trend is very clear: fitness and health monitoring are going to be an integral part of any smartwatch or wrist-worn device. Whether that’s something great, or just a gimmick remains to be seen.

OnePlus is reportedly looking to revive the OnePlus X line, and will use the rumoured OnePlus 8 Lite to accomplish that goal by launching it as OnePlus Z.

On today’s Pocketnow Daily, we talk about the camera update that will make you choose the Galaxy S10 over the Samsung Galaxy S20 and more
YouTube 1.8M
Facebook 572K
Twitter 196K
Instagram 134K
RSS