With the help of the “leader in continuous glucose monitoring”, Fitbit could beat Apple to the punch when it comes to nonintrusive blood sugar tracking.
Published 08 September 2017, 12:02 EDT

Fitbit’s first full-fledged smartwatch might be significantly “smarter” than all of the American company’s past wearable devices, with advanced features like NFC-enabled wrist payments in tow and a proprietary app store or “Gallery”, but at the end of the day, fitness guidance and health insights remain the Ionic’s best marketing angle.

Nowhere near as stylish or versatile as many of its Android Wear-powered rivals, the Fitbit Ionic could boldly go for the Apple Watch’s jugular with some life-changing functionality the Series 3 may or may not bring to the table next week.

Thanks to a collaboration with DexCom, the “leader in continuous glucose monitoring (CGM)”, Fitbit wants to help people manage their diabetes with minimal hassle. It’s unclear how the two wellness-focused enterprises plan to activate glucose tracking on the $300 Ionic, but the “vital” upgrade should arrive on the market “as soon as possible in 2018.” 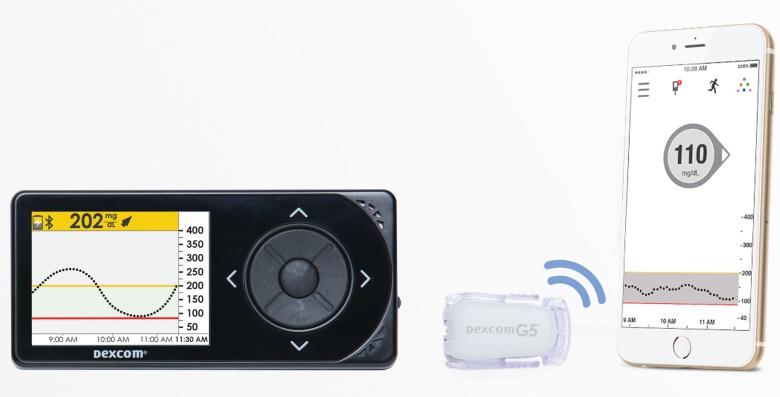 Our best guess is some sort of a sensor add-on will be released sometime next year. Perhaps a special band or other accessory capable of nonintrusively and continuously keeping an eye on a Fitbit Ionic user’s blood sugar levels.

DexCom is already the proud manufacturer of the “only FDA-approved CGM System that lets you make treatment decisions without pricking your finger”, so it’s probably safe to assume the existing discrete sensor and transmitter combo will lay the foundation for Fitbit’s more mainstream-oriented glucose monitoring project.

Both Android and iOS device owners are promised this big medical breakthrough in the not-so-distant future, further mounting the pressure on the impending Apple Watch Series 3.