Fitbit not a fit with Android 6.0 Marshmallow

Also in bug news that we’ve warned you of besides the T-Mobile cell reception issue is a compatibility problem with Fitbit.

One of the top posts for the fitness tracker’s support forums concerns the disability to sync data off of a Fitbit to your Android 6.0 Marshmallow device. The Fitbit app doesn’t seem to recognize the tracker. 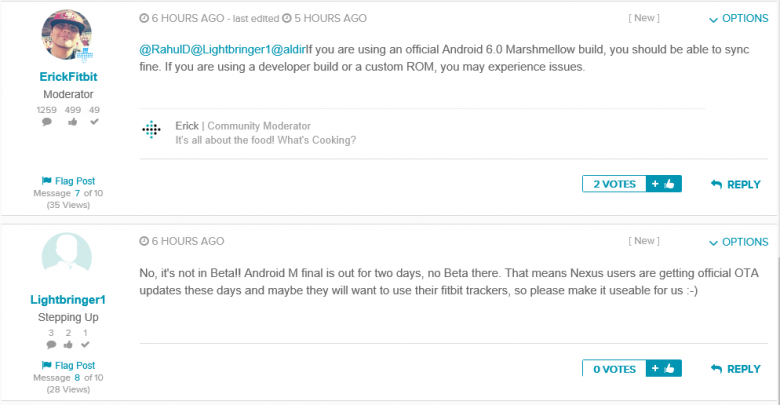 @jaduino If it’s an official Android 6.0 Marshmallow build, it should be fine as we added support on production.

But as of 9:30pm ET, the problems still persist despite the fact that Fitbit claims its devices support Android 6.0 and that users are loading Marshmallow vanilla.