First stage of T-Mobile 600MHz spread will be rural

T-Mobile took 45 percent of the spectrum offered at the 600MHz and it thinks it can paint a million square miles of its licensed space starting this year.

T-Mobile is insistent on launching new cells across the nation this year to take advantage of its impressive 600MHz spectrum haul. Television broadcasters, though, have been insistent on working on a 39-month timeline for frequency switching, vacation and repacking. So, how is the Un-carrier to move on 600MHz?

CTO Neville Ray told investors at the company’s earnings call that he expects some station owners to exit their air this year, but there’s also plenty of space not occupied by a TV signal that T-Mobile can act on.

“Our conservative estimate on the information we’ve secured and put together to date, is that it’s north of a million square miles in the US,” Ray said. 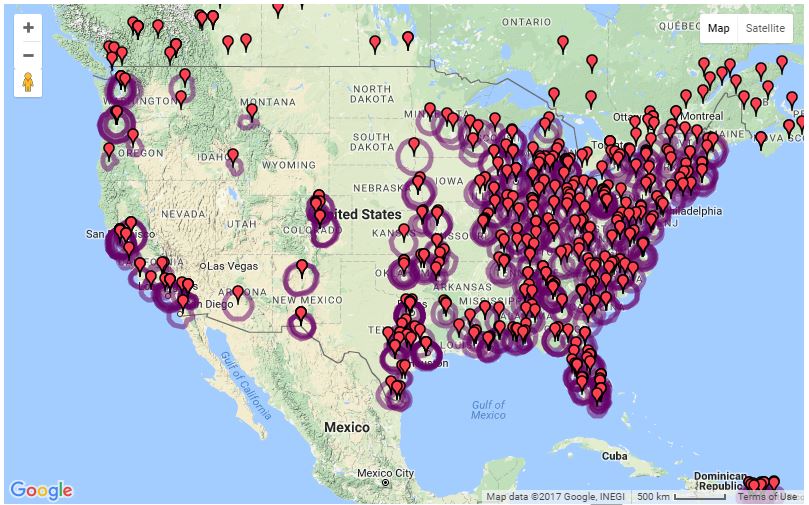 This map from RabbitEars shows where the stations that will be taking action are, along with their signal ranges. There are a few decent metropolitan areas that T-Mobile can light up, given that its license winnings span across the entire nation: Des Moines, Iowa; Fresno, California; Las Vegas; Little Rock, Arkansas; Salt Lake City and; Tucson, Arizona, to name a few. But the vast majority of land comes across mountainous and rural areas in states such as Maine, Montana and the Dakotas.

Chipsets, such as Qualcomm’s Snapdragon 835, will have 600MHz bands programmed into their capabilities and those products will be in consumers’ hands “within a year,” perhaps by this holiday season.