This might be our first look at Apple’s ‘so-called budget 6.1-inch iPhone 2018’ variant

A 6.1-inch iPhone 2018 variant is rendered by a reliable leaker today with 99 percent confidence, sporting a notch, single rear-facing camera and glass back.
Published 01 June 2018, 10:54 EDT

It’s too early to know for sure what comes after the iPhone X, 8 and 8 Plus, especially from an official branding standpoint. Different variations of iPhone XI, X Plus and 9 names could be on the table, but what every single tipster, insider and leaker seems to agree on is the number of fall 2018 upgrades being prepared by Apple.

There’s an almost bizarre consensus on screen sizes as well, and until recently, two OLED iPhone X sequels were widely expected to be joined by a lower-cost LCD version.

This “so-called budget 6.1-inch iPhone 2018” is today rendered for the first time by reputable tech blogger and “boastful leaker” Steve H., known mainly by his @OnLeaks Twitter handle, but the jury is still out on the display technology used here. 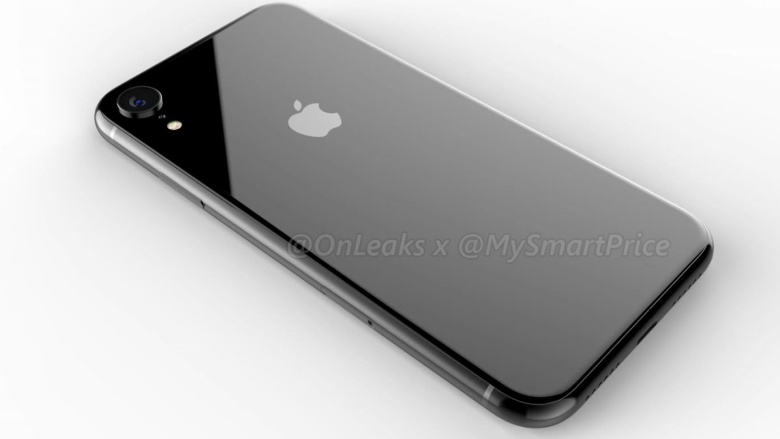 Unlike similar images of the iPhone SE 2 shared about a month ago with no confirmation of authenticity, these depictions of the unnamed 6.1-inch 2018 iPhone are accompanied by Steve Hemmerstoffer’s guarantee of reliability.

You can never be 100 percent certain of this stuff, but a 99 percent confidence rating is pretty solid, given we’re still many months away from Apple’s big September announcement.

It’s essentially etched in stone that the 6.1-incher will sport a notch and a single rear-facing camera, basically acting as a jumbo-sized iPhone 8 follow-up with razor-thin bezels. A glass back should make wireless charging possible, with stereo speakers and an “improved” shooter tipped as some of the most important upgrades here.

Unsurprisingly, we’re looking at a taller and wider device than both the iPhone 8 and X, with “approximate” 150.9 x 76.5mm dimensions. But that’s actually shorter and narrower than the iPhone 8 Plus, which is no small feat.

There are no words on things like battery capacity yet, although a thicker 8.3mm profile could signal the presence of a larger cell under the hood of this unnamed 6.1-inch next-gen iPhone.