The Asus ZenWatch 3 looks set to change everything about the appearance of its predecessors, with a circular but somewhat bulky body.
Published 12 August 2016, 08:27 EDT

Much like it needed several years to find its feet in an overcrowded, ultra-competitive mobile device industry, experimenting with convertible PadFones and an overly humble first Zenfone generation before hitting one out of the park in 2015, Asus may have failed to truly get the ZenWatch and ZenWatch 2 off the ground only to succeed this time around.

At least, it looks like the Asus ZenWatch 3 solved the puzzle of the winning form factor, possibly still hurting in terms of bulk. Taking for granted a sketchy set of newly leaked live pics purporting to show the third-gen Android Wear timepiece in its prototype, testing and certification stages, we can’t help but notice how chunky the circular gizmo seems.

Hopefully, that’s because it accommodates a (far) larger battery than current and future Moto 360 or Huawei Watch installments, which by the way will take an unusual ring rather than a typical docking station to charge up. 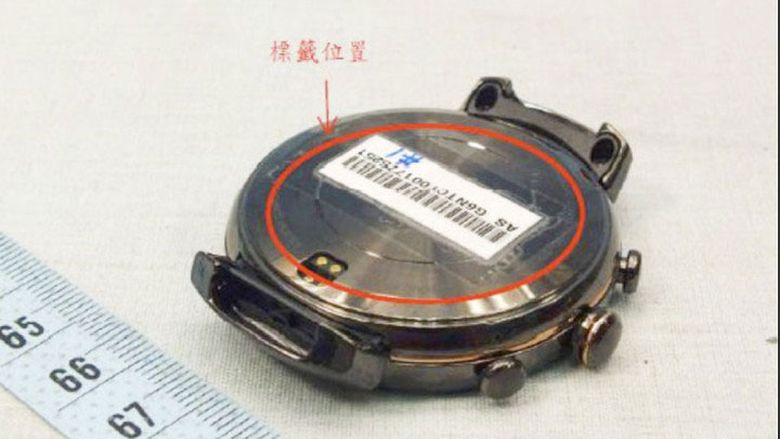 Unfortunately, most of the specifications remain under wraps, save for Wi-Fi and Bluetooth 4.2 connectivity (no standalone 3G or LTE, apparently), so all we can do is judge the alleged Asus ZenWatch 3 by its looks. Let’s just say it’s not that ugly, with fancy gold around its metal frame, interchangeable leather bands, and a trio of right-side buttons.