Back in February during the Mobile World Congress, Mozilla was busy talking about what’s next for its Firefox OS, an alternative to mainstream smartphone platforms we saw debut on its first hardware last year. The company talked about changes to how apps would launch, re-worked gesture inputs, and basically an overhaul to the platform’s interface as we knew it. It’s still a while before we’ll see any new phones running this Firefox OS 2.0, but this week we catch a bit of an early preview, with the publication of a number of images depicting what to expect.

Taking inspiration from the likes of iOS and recent Android builds, the name of the game is “flat.” Maybe more than anything else, there’s a strong iOS 7 vibe to some of the interfaces and screen layouts here, as revealed from these multiple sources.

Emulating the look of bigger platforms is probably not an unwise move for an up-and-comer like Firefox OS, but it remains to be seen how these visual changes will be joined by functional improvements to the system software; we’ve heard talk about fully revamped code for scrolling and handling swipe input, as well as an increased focus on system responsiveness that still pictures won’t do justice – some of this stuff we’re itching to see in action. 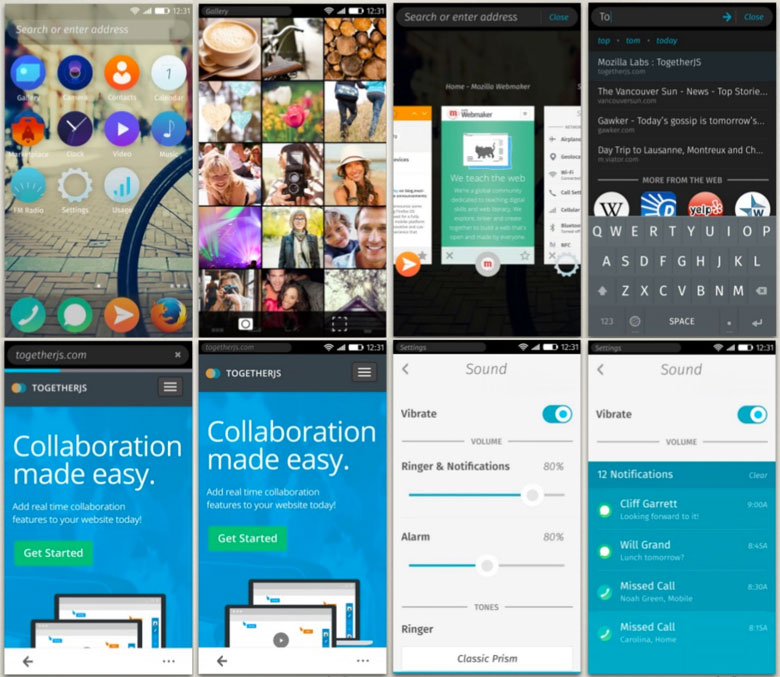