This is the final Moto X4 design, as confirmed by Brazil’s FCC twin ahead of impending announcement

Brazil’s National Telecommunications Agency knows how the Moto X4 will look when it’s finally released, and now we do too.
Published 11 August 2017, 03:55 EDT

Finding it hard to get excited about what feels like Lenovo’s hundredth Moto-branded smartphone release of this year, especially when it was expected to happen almost two months ago and it’s still not out yet?

We totally understand where you’re coming from, but while the Moto X4 is the company’s eleventh different 2017 product (yes, really), due out a little too close to the glamorous announcements of the Galaxy Note 8, LG V30 and iPhone 8, it sounds like it’s going to have a few interesting things going for it anyway.

First, the legacy of a family inexplicably retired after 2015’s moderately loved third generation, which arguably hit its peak a year earlier. Second, an objectively premium design at a reportedly sensible price point.

We’re obviously not talking Moto E4 levels of extreme affordability, but the Moto X4 has been described as Project Fi’s budget device, and there are reasons to hope for a $400 or so MSRP unlocked as well.

Speaking of design, Brazil’s FCC equivalent, called Anatel, aka the National Telecommunications Agency, seems to have revealed the final look of the upper mid-range 5.2-incher, which differs slightly from what was previewed in early renders a while back. 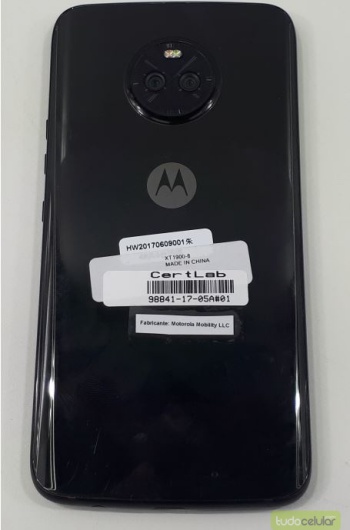 Since it strikes us as somewhat chunky, we believe a sizable 3800mAh battery or so will be in charge of keeping the lights on, with other strongly rumored specs including Full HD display resolution, a Snapdragon 660 processor, 4GB RAM, 64GB internal storage, IP68 water and dust resistance, as well as Android 7.1.1 Nougat software.

A little similar to the Moto Z2 Play, minus Moto Mods compatibility? How about the G5S and especially G5S Plus? It’s probably better to not compare this to any of its brothers, sisters and cousins. At least not until August 24, when the Moto X4 is purportedly slated to launch in Brazil, finally confirming its recommended price and everything else.