All week, we’ve been wondering about Facebook’s Android event today. Would it just be about software? Would we see the rumored Facebook phone? Leaks over the past few days have suggested a mix of both, revealing the HTC First and some glimpses at Facebook Home software. Today Mark Zuckerberg took to the stage to set the record straight, formally announcing Facebook Home for Android.

Zuckerberg makes it clear that this isn’t about new hardware, or new operating systems, but also “building something that’s a whole lot deeper than just an app.” Facebook Home will sit between the OS and the apps we use, replacing the home screen, lock screen, and notification systems with which we’re familiar. 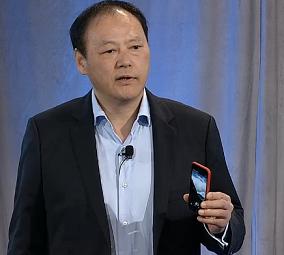 Part of the idea is to make the smartphone experience more about people than apps. Notifications won’t draw you into disparate apps to follow-up on what your friends are doing, but place all the ways you can get in touch with a friend all in one place.

There are multiple home screens you can swipe between to check out what your friends have been posting, all the while being able to drop a comment or “like” as you see fit. Your face in a circle at the screen’s bottom provides your conduit into the system, bringing up top notifications or letting you access your apps.

Messaging is done via a system of “Chat Heads” – icons representing your friends – which you can drag around or tap to engage in conversation. Both text messages and regular Facebook messaging will both be integrated.

Home becomes available for Android phones first, in about a week, and a tablet version should arrive in the coming months. Some carriers will be offering devices with built-in Home integration.

Finally, HTC’s Peter Chou joined the festivities to announce what we had been looking at these past couple days, the HTC First. The handset will arrive with Facebook Home “preloaded and optimized.” While we saw the First in several colors thanks to leaks, Chou arrived sporting the handset in red.

The HTC First launches on AT&T on April 12, where it will sell for just about $100 on-contract. 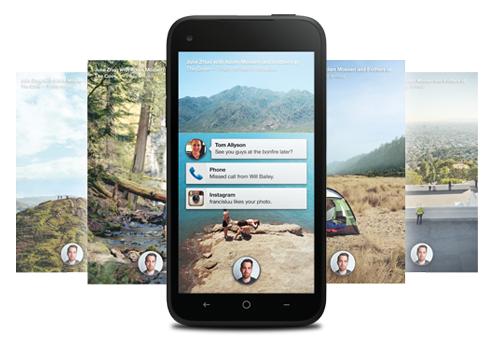 Update: HTC has now published the specs for the First. It will be the first phone we know of to arrive running a Snapdragon 400 SoC, with its dual cores operating at 1.4GHz. As a more mid-range handset, it will only have 1GB of RAM, though its 16GB of internal storage isn’t bad. It’s capable of NFC, though it remains to be seen what carriers will have to say about that, and features a 2000mAh battery. For imaging, there’s a 5-megapixel main camera with 1.6-megapixel front-facer.

One stand-out feature is the phone’s 4.3-inch 720p display (341ppi); it’s not often that we see 720p screens get that small, so even this whole Facebook business aside, that alone could make for a compelling reason to check out the HTC First.

We’ve also got the skinny on the first phones that will support Facebook Home when it’s released on April 12 for download. Those include the Galaxy S 4, Galaxy S III, and Galaxy Note II from Samsung, and the One, One X, and One X+ from HTC. Look for the software to support additional handsets in the future.