Exciting features coming to 3D Touch, but how will iOS users find them?

As iOS becomes more complicated, and with exciting features coming to 3D Touch, how will iPhone owners find out about new gestures and controls?

Ten big updates were announced for iOS during WWDC 2016, and 3D Touch was featured prominently for several demonstrations. Apple’s focus on streamlining UI navigation will rely heavily on integrating services within other apps, and providing users quick snippets and “at-a-glance” interactions. On the iPhone 6S and 6S Plus, users can already “peek and pop” through specific services like the mail app.

This feature is dependent on specific hardware requirements, namely the pressure sensitive screen on the current flagship iPhones, so user adoption is limited to only the most expensive current handsets. It’s understandable that developer support would also be somewhat conservative as we observe how iPhone users embrace the new technology, and how requested features or bug fixes might influence the platform. Today we saw a significant leap forward for how Apple plans to utilize 3D Touch moving into the future.

Instead of the current drab menu offerings, 3D Touch will soon implement much richer content. Videos and photos displayed directly from brief pressure gestures. Richer chat and messaging options will be accessible without having to launch full blow apps, and fitness tracking updates will literally be “at your fingertips”. We’re witnessing the transition of iOS navigation, being more gesture reliant, and our predictions seem on point that a future iPhone could be delivered without a home button in the next couple years.

We still have one significant issue facing 3D Touch: Conveyance.

Expanding functionality is terrific. Every day, users depend on their mobile devices more than the day before. Organically interacting with data and services is vitally important in preventing the simplicity of iOS from becoming a cluttered mess. Still, there needs to be some room in this UI for additional information delivery. 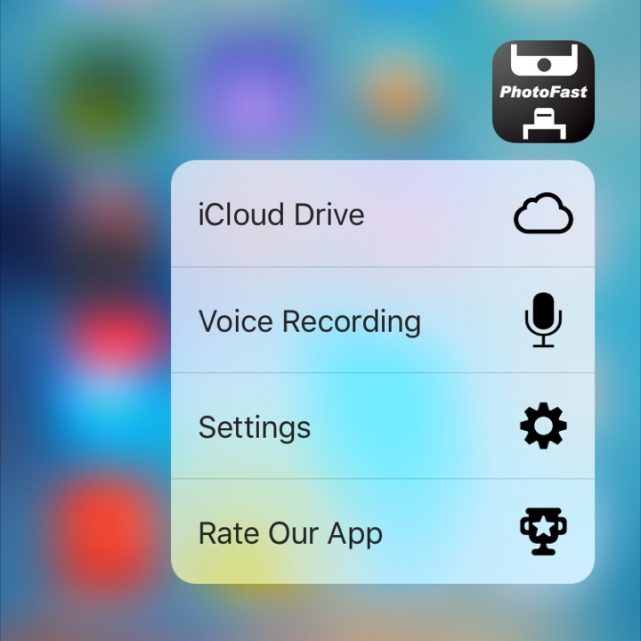 Simply put, if there’s a cool new 3D Touch option for an app, how will users know about it?

This is already an issue with the current implementation of 3D Touch. Users need to experiment by force pressing into app shortcuts to see if any menu options pop up. Users need to press around in-app to see if anything peeks up at them. Then users basically need to memorize which apps have options AND what those options might be.

Maybe this is OK today, where 3D Touch is something of a novelty, but as more of iOS starts relying on this style of gesture, and more app developers embrace richer interactions through gestures, how are users expected to keep up?

Even something as simple as a colored frame or notification bubble style indicator could be enough to at least clue us in to additional functionality without having to “trial and error” our way through the phone UI. Will developers need to produce in-app video tutorials to guide people through new options? We know how people often skip through those initial splash screens. Might all of this 3D Touch hardware be moot if Siri and other voice assistants become more prevalent throughout the phone OS and are able to dive deep into apps and services for us?

How would you improve conveyance for 3D Touch enabled services, or do you think 3D Touch is already an obsolete method of control? Drop us a comment below!