Everything Microsoft announced at its fall 2019 Surface event

There were plenty of devices and accessories announced, so let’s take a look at everything Microsoft announced at its fall 2019 Surface event.
Published 03 October 2019, 06:00 EDT

Evan Blass made sure that there are little to no surprises at the 2019 fall Microsoft Surface event, by leaking devices, display sizes, and even colors, but the Redmond-based company still had a couple of aces up its sleeve. There were plenty of devices and accessories announced, some of which managed to raise eyebrows, so let’s take a look at everything Microsoft announced at its fall 2019 Surface event.

Other specs include the addition of a USB Type-C port, and Microsoft has added new color options to the mix, including “Sandstone Yellow,” “Poppy Red,” and “Glacier Blue.” An Alcantara finish is available exclusively for the smaller model. Pre-orders are live and they start at $999 and $1,199 respectively, with the laptops shipping from October 22. 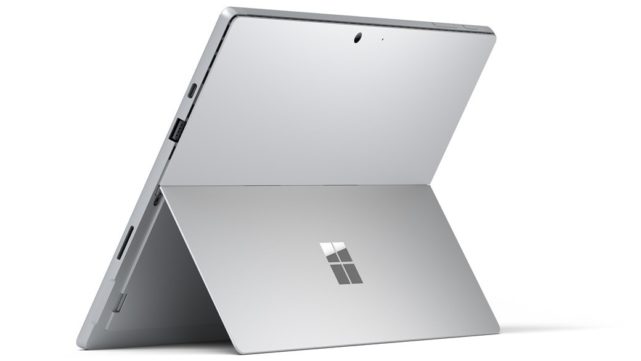 The Surface Pro 7 looks identical to its Pro 6 predecessor, with the changes it brings being under the hood. We now have a USB Type-C port, and the slate is powered by Intel’s 10th Gen Core CPUs, with configuration options ranging from the Core i3 to the Core i7. RAM has been upgraded to the faster LPDDR4x RAM, with configuration options including 4/8/16 GB. Storage can also be configured by choosing between 128/256/512GB/1TB.

The display is still the 12.3-inch panel from last year, but this time around were getting fast charging capable of delivering 80% charge in a single hour. The Surface Pro 7 is available for preorder, ships starting October 22, and price starts at $750. 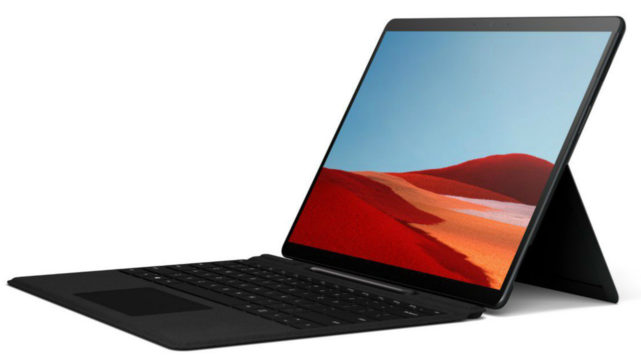 The Surface Pro X is the company’s first Surface slate to run Windows 10 on ARM. Not only that, but Microsoft has announced its first ARM processor, built in collaboration with Qualcomm, the SQ1, which is powering the Surface Pro X, and, according to Microsoft, it’s the fastest chip Qualcomm ever made for a PC.

The Surface Pro X features a 13-inch display, LTE support, a super slim form factor, support for the Type Cover, and the new Slim Surface Pen. Battery life is rated at 13 hours, and configuration options include 8/16GB of memory and 128, 256, or 512GB of storage.

Available starting at $999 in November, the Surface Pro X is up for pre-order over at Microsoft, where you can also pre-order the new Surface Pro X keyboard for $139, and new Slim Pen for $145. 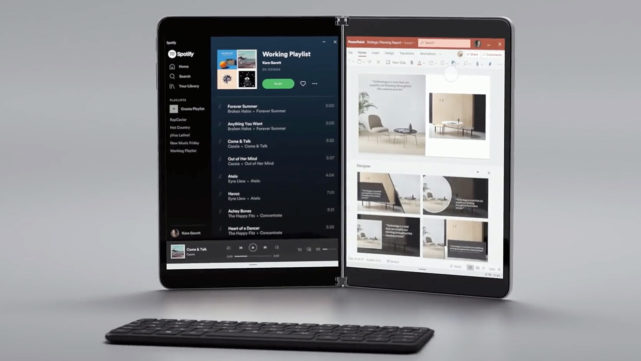 The new Slim Surface Pen attaches magnetically to the back, and also charges wirelessly, but before you get too excited, you’ll have to wait around a year for the Surface Neo, as it will only be available for the 2020 Holiday season, when it will be made by OEMs like Dell, HP, and Lenovo. 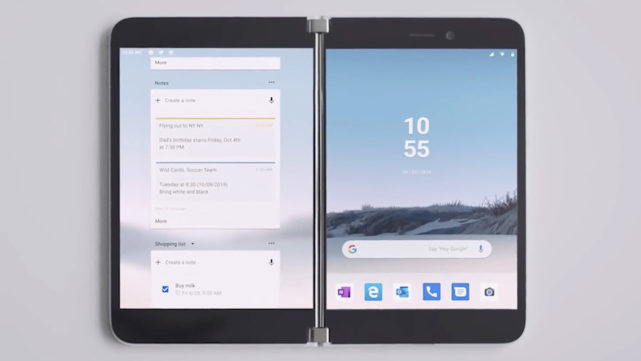 The Surface Duo is the Surface Phone fans were looking for, and it is powered by Android. With a similar design as the Surface Neo above, it features the same 360-degree hinge, but this time around, we have two smaller, 5.6-inch displays.

The product announced is powered by the Qualcomm Snapdragon 855 processor, but Microsoft said this was not final hardware. When it will be available, end of next year, it will probably be upgraded with the latest flagship processor from Qualcomm. Blurring the lines between the PC, tablet, and the phone, the Surface Duo will run a Microsoft Launcher, but offer support for all the apps available on Google Play. 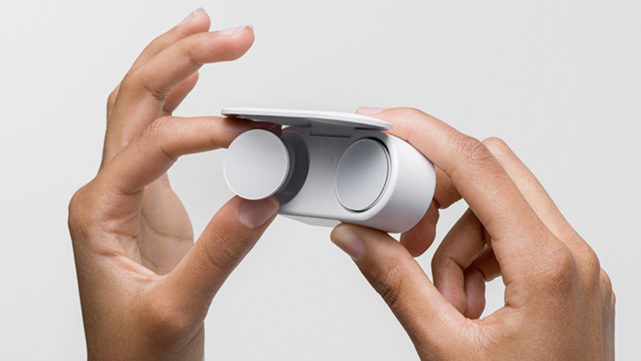 Microsoft’s AirPods competitor is here, with the truly wireless Surface Earbuds, priced at $249, when they will become available later this year. With a 24 hour advertised battery life, it features a dual-mic array, and compatibility with assistants like Siri and Google Assistant.

Microsoft stressed the audio tuning and quality on the earbuds, in addition to gesture support, which can be customized for different tasks. Frequency response is 20-20KHz, and supported audio codecs are SBC and aptX. They’re also IPX4 rated and support fast charging delivering one hour of play time with a 10-minute charge. 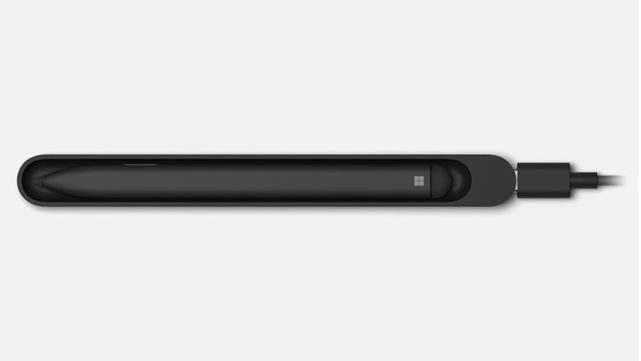 Shipping with the Surface Pro X, the new Surface Slim Pen will be available to purchase separately for $150. According to Microsoft, it is “compatible with a wide variety of Surface devices”, but no specific details were shared at the announcement.

The Great 5G Upgrade initiative will give you a free Samsung Galaxy A32 5G in exchange for any phone – even the dumb feature phones.

Realme 8 is a weird hodge·podge of confusing spec upgrades and downgrades packed inside a shiny body. But is it worth the asking price?