There’s no such thing as an original idea, and that is especially true in mobile tech. Everyone copies everyone. Apple is no worse than Google or Microsoft.
Published 03 June 2014, 07:00 EDT

There was big news out of the WWDC camp yesterday. Mac stuff, iOS stuff, and a whole bunch of…well stuff. Apple brought some really cool features to the table with iOS 8 and Mac OS X  Yosemite. Unfortunately, some of us were too wrapped up in snark to realize just how cool this stuff was and for whom it was cool.

Now, Apple is not completely innocent here. Apple representatives have a well-earned reputation for describing the already-commonplace as “amazing” or “magical”. One need look no further than this Apple ad touting “Copy and Paste” as “incredible”. Trust me, if these weren’t Apple’s words, I wouldn’t use them. “Copy and paste” is “incredible”. Seriously.

One of the most common criticisms about this is that Apple is claiming that they came up with all this. Apple is saying that they’re the first or the best at doing…whatever, when in fact it’s not even close on either count. Whether or not Apple is actually claiming this is a matter of opinion. Using the words “incredible” or “amazing” or “magical” does have certain connotations. After all, if something is “incredible” it’s probably not all that commonplace. Or is it? I personally consider the fact that humans fly in chairs at 30,000 feet pretty incredible and I live 20 miles away from one of the busiest airports in the world.

I personally don’t blame Apple for making these claims. Let’s be honest; Apple isn’t fooling anyone who reads this site, being the informed intellectuals that we all are. Is Apple being underhanded by not acknowledging that receiving phone calls and texts on your tablet is not exactly brand new and innovative? Maybe. But WWDC is a conference for developers and presumably developers are aware of what is and what is not present in mobile technology. But again, that is not what is important in this conversation. 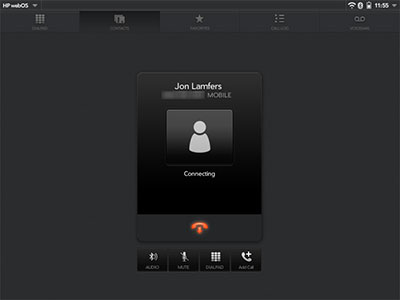 This isn’t about who copied whom. If it was, I’d beat my webOS war drum at every developer conference for the next three years about “new” capabilities being brought to Windows Phone, Android, and iOS that webOS did first. We’ve already written about the pieces of webOS that were copied by other platforms. Did any of those other platforms – not just Apple, but any of the other platforms – even give webOS a footnote at the end of their keynote speeches? Not a one. So in the world of “stealing ideas” Apple is not the sole transgressor here.

So, I’m here to talk to myself of the past, and just say, “Let it go, brother. Sure everything has been done before. Maybe it was done better before. But it was never done by XYZ company, and that is what is important here.” As the saying goes, “There’s no such thing as an original thought any more.” That’s just as true today in mobile tech as it is in any other genre.

Is Apple right when it calls such things “Amazing” or “Magical”? It really depends on the perspective. To folks like you and me, it’s not even close. But to the users who bought into the iOS ecosystem and haven’t really looked around because the iPhone does what they want it to do, then a lot of that stuff was pretty cool. I think we should applaud Apple for bringing new-to-iOS features to its platform and not criticize the rate at which it brought them. At least that’s how I’m going to look at it from now on.

How about you? Were you riding the train with me during the keynote? Were you excited to see what new-to-iOS stuff was coming? Do you think that companies like Google, Microsoft and iOS should “cite their sources” when bringing out “new” features? Sound off below in the comments, and please…be gentle.