Google has been hit with a record €2.4 billion EU fine for anti-competitive practices researched and documented for nearly a decade.

Google has been in hot water with the European Union for ages, facing serious, far-reaching accusations of abusing its power and dominance across several markets and branches of the tech industry to stifle competition and innovation.

While the European Commission, the institution responsible for proposing legislation, implementing decisions, upholding treaties and managing the day-to-day business of the EU, was widely expected to make its Google Shopping-related ruling and impose a record fine on the US search giant a year ago, it’s only now that the complicated matter is settled.

For the time being, at least, as Mountain View “considers an appeal, looking forward to continuing to make our case”, given its “respectful” disagreement of the conclusions announced today. 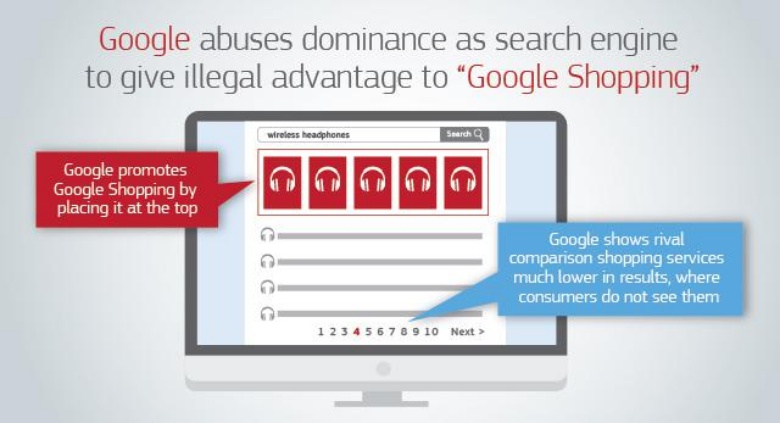 Specifically, it seems Google Shopping, formerly known as Google Product Search, Google Products and Froogle, methodically pushed itself at the top of relevant online queries in key European markets since 2008, bumping “even the most highly ranked rival” tool on average on page four of its search results.

Obviously, that led to way more traffic for merchants affiliated to Google, which pay for each product listed favorably. Competitors were badly harmed by this questionable policy, and only some “adapted and managed to recover” part of the losses incurred during the closely monitored timeframe.

All in all, the fine for these shenanigans sits at a cool €2.42 billion, taking account of the “duration and gravity of the infringement”, although penalty payments of “up to 5 percent of the average daily worldwide turnover of Alphabet, Google’s parent company” could be added on top of that if the mischievous conduct isn’t revised within 90 days.